Northern Ireland's Carl Frampton has earned a reputation as one of the world's best fighters by winning championships at 122 and 126 pounds. Read Bio 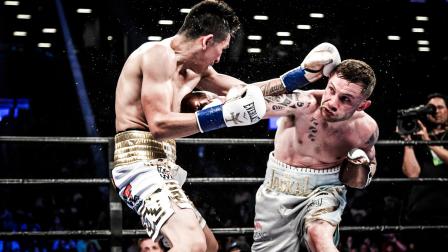 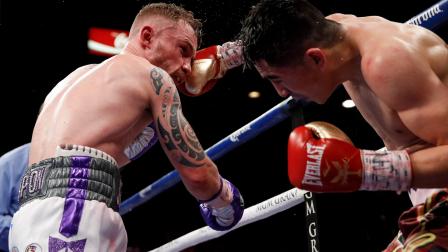 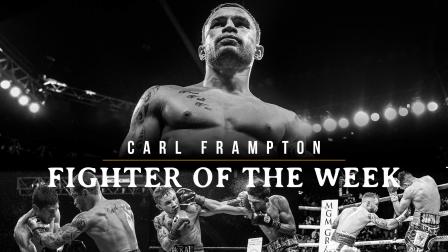 Fighter of the Week: Carl Frampton click here to get video transcript

Carl Frampton has been at the pinnacle of the sport before, but according to the beloved Irishman, the best is yet to come.

PBC Hot List: Temperatures may be cooling off, but these fighters are still summertime hot

Here’s a list of some of PBC's top rising stars. Boxers on this list are on a hot streak, like a slugger in baseball on a hitting streak or a running back in football who keeps posting 100-yard rushing games. They’re not ranked in any particular order. We’ll leave that to you—the reader.

Carl Frampton WINS against Alejandro Gonzalez Jr. by UD in Round 12 of 12

Northern Ireland's Carl Frampton has been one of the top boxers in the United Kingdom ever since his days as an amateur. After turning pro in 2009, "The Jackal” quickly climbed the ranks in the 122-pound division and won a world championship in 2014. After unifying 122-pound titles in early 2016, Frampton traveled to the United States and claimed a 126-pound world championship in a Fight of the Year candidate. Now a former two-division champion, the Belfast native has proven himself to be one of the most dynamic boxers on the planet.

The Tiger’s Bay area of Belfast was built to house the working class who labored for the massive shipbuilder Harland & Wolff—builders of the Titanic. It’s from this unpretentious neighborhood that Carl Frampton comes, through the Midland Boxing Club where he started fighting in his youth.

It started Frampton on a road that would see him rack up 114 wins against 11 losses as an amateur, culminating in Irish Amateur Boxing Association titles in two divisions and a silver medal in the 2007 European Union Amateur Boxing Championships.

Along the way, Frampton caught the eye of legendary Irish boxer Barry McGuigan, who would take over as Frampton’s manager in time to guide his charge to the professional ranks.

Early success in the UK

Frampton made his pro debut in Liverpool, England, in June 2009, gaining a second-round technical knockout of Sandor Szinavel.

He was named Ireland’s Prospect of the Year at the Irish National Boxing Awards in January 2010, and later that year scored a third-round stoppage of Ukrainian veteran Yuri Voronin.

From there he went on to capture his first title, stopping Scotsman Gavin Reid in two rounds to win the Celtic championship at 122 pounds in December 2010.

Less than a year later, Frampton would topple Mark Quon of Australia in four rounds to take the Commonwealth title, establishing himself as one of the top 122-pounders in boxing.

“The Jackal” kept up his unbeaten pace into 2013 when he took on one of Europe's top 122-pounders, Spaniard Kiko Martinez.

It was a stone-cold war that February night in Belfast, as Martinez perforated Frampton’s eardrum during the fight. Nonetheless, Frampton battled through and stopped Martinez in the ninth round.

That set up a rematch for September 2014, and Frampton again would come out on top—this time with his first world championship as he won a unanimous decision.

Frampton successfully defended his title in Belfast in February 2015 with a fifth-round TKO of Chris Avalos. That set the stage for Frampton to make his U.S. debut.