A powerful southpaw from the Dominican Republic, Claudio Marrero is getting closer to realizing his dream of winning a world title. Read Bio 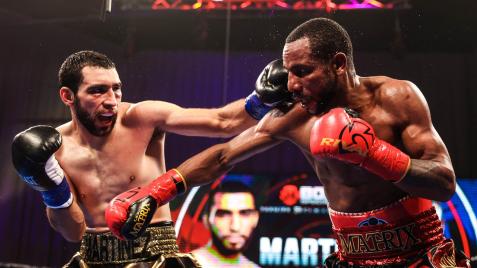 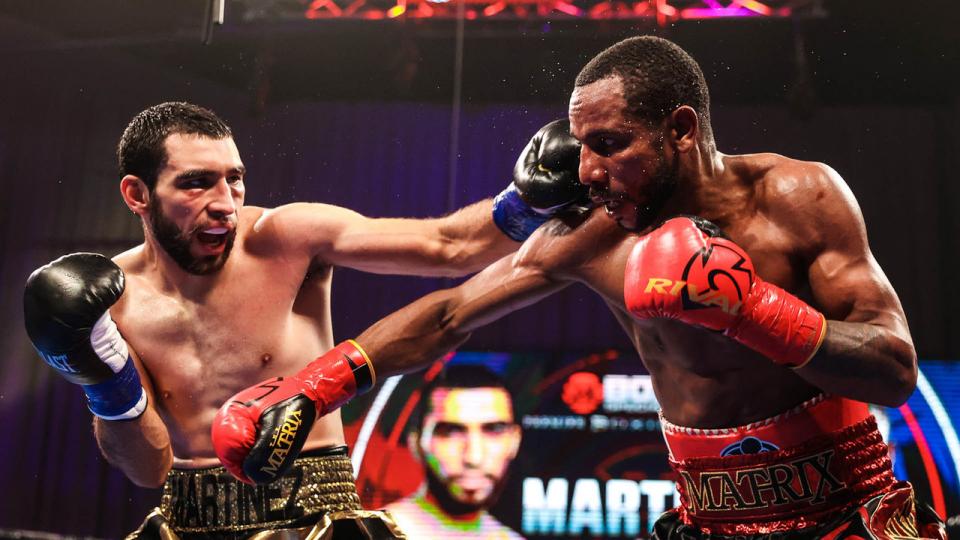 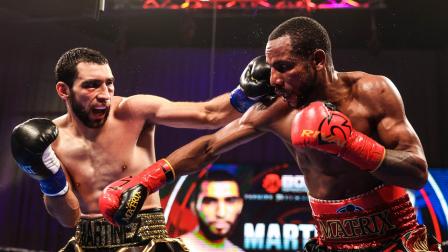 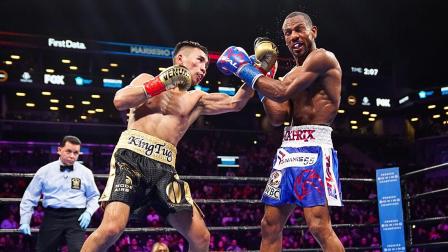 Two of the world's best 147-pounders draw even in a see-saw affair Saturday night on SHOWTIME.

PBC Hot List: Take a look at some of PBC's hottest fighters as the weather heats up

Here’s a list of some of PBC’s top rising stars. Boxers on this list are on a hot streak, like a slugger in baseball on a hitting streak or a running back in football who keeps posting 100-yard rushing games. They’re not ranked in any particular order. We’ll leave that to you—the reader. Take a look at some of PBC’s hottest fighters in 2018.

In The Name Of The Father

As a youngster growing up in Santo Domingo in the Dominican Republic, Claudio Marrero Jr. enjoyed watching boxing videos alongside his father, Claudio Sr..

“My Dad was my biggest influence on keeping me out of trouble. My Dad thought boxing would keep me off the streets where 9 out of 10 kids in my country end up dead or in jail,” said Marrero.

“As a child, my Dad and I would watch fights. My favorite fighter is Pernell ‘Sweet Pea’ Whitaker. Around 8-years old I started boxing. My Dad trained me early on as an amateur. That’s where I developed my fundamentals.”

A left-handed boxer-puncher who went 260-12 as an amateur, Marrero won a silver medal in the 2007 Pan American Games and was within a victory of qualifying for the 2008 Olympics, losing to Yankiel Leon of Cuba. Marrero also competed in the 2007 AIBA World Championships and 2009 AIBA World Boxing Championships

“The journey to come to America started in January of 2010, when my manager/trainer, Herman Caicedo, came to the D.R. to scout Juan Carlos Payano and myself,” said Marrero.

“We met and he promised to work hard on our behalf and look out for us. [Caicedo] took us on as his kids and treated us like his own children, not just fighters.”

Marrero soon earned the nickname, “The Matrix,” from Caicedo “for his ability to box, move and avoid punches,” according to his former strength and conditioning coach, Nelson Rodriguez.

“The Matrix” won his initial five professional bouts by first round stoppage ranging from 126 to 128 pounds in the final three months of 2010 over Juan Carlos Rosario (September), Junior Rodriguez and Dionisio Rodriguez (separated by seven days in October) and Miguelo Tavarez and Jin Kelly (separated by nine days in November).

The year 2012 brought five more victories as Marrero rose to 14-0 (11 KOs), his career-high back-to-back 10-round unanimous decisions over Gerardo Zayas (March) and Emmanuel Lucero (May) following a second-round TKO of Francis Ruiz (January) and preceding those in the third and fourth rounds over Juan Jose Beltran (July) and Mauricio Martinez (November).

Marrero was floored in the sixth of a 12-round unanimous decision loss in August 2013 for the WBA’s vacant interim featherweight title and a clash of southpaws with Argentina’s Jesus Cuellar, who improved to 23-1 (18 KOs).

But Marrero stormed back with eight straight wins (five by knockout) over the next four years starting in 2014, including a 90-second stoppage Carlos Zambrano which earned him the WBA’s interim title in April 2017 before he was dethroned via seventh-round stoppage by Jesus Rojas in that September.

Marrero’s run included an eight-round unanimous decision over Jose Angel Beranza (February 2014) followed by second- and sixth-round TKOs of Felix Perez and Ira Terry in August and November of that year, and, in 2015, an eight-round unanimous decision over Orlando Rizo (February) followed by a one-knockdown, third-round KO of former world champion Rico Ramos (July).

‘The Biggest Fight Of My Life’

Marrero went 2-1 over his next three bouts, winning a clash of southpaws by 33-second stoppage over previously undefeated Jorge Lara in April 2018, falling by unanimous decision to unbeaten 2012 Mongolian silver medalist Tugstsogt Nyambayar in January 2019 and winning by 12-round unanimous decision over former title challenger Eduardo Ramirez that June.

Marrero stopped Lara with a chin-jolting, hybrid left cross-uppercut, leaving him in fetal position on his left side, dropping him to 29-1-2 (21 KOs), and ending his quest for his 10th stoppage in 12 fights and his seventh inside three rounds during that time.

Marrero fell by eighth-round corner stoppage in February to once-beaten, former title challenger Kid Galahad, who improve to 27-1 (16 KOs), but has a shot at redemption on October 10th against 22-year-old Xavier Martinez (15-0, 11 KOs), who will be after his eighth straight stoppage victory.

“The loss to Kid Galahad is already behind me, and after being at 126 pounds for so long, I’ve gained weight and should be more comfortable and better for that. Martinez is a good fighter, and I never care whether or not I’m an underdog in a fight, but I plan to show him that he’s not on my level. I’m going to come more prepared, mentally and physically, than ever,” said Marrero.

Marrero and Martinez would square off on October 24, 2020. Martinez survived two knockdowns to win a unanimous decision in a WBA Super Featherweight Title Eliminator. After 12 rounds, all three judges scored the fight for Martinez, by scores of 115-111 and 114-112 twice.

The fight featured ebbs and flows, with each man seemingly in control at different times throughout. Sacramento’s Martinez flashed impressive combination punching, punctuating many attacks with a left hook that slowly closed Marrero’s right eye. Representing his native Dominican Republic, Marrero actually held the statistical edge in the fight, out landing Martinez 161 to 128.

Marrero seemed to change the tide of the fight in round eight, landing a powerful right hook to the head that dropped Martinez in the first minute of the frame. Marrero followed up with a flurry finished off by a right hook that again dropped Martinez. Despite the two knockdowns, Martinez was able to survive the rest of the round and avoid the hard-charging Marrero.

Although he was fighting past the eighth round for the first time in his career, Martinez was able to regain his momentum through the championship rounds to clinch the victory.

“I feel like it was a bad decision,” said Marrero. “I don’t think the judges took into account all the hard work I did in the ring. I wouldn’t do anything different if I fought him again. I would fight the same way. I fought smart and I put pressure on him. He hits hard, but I recovered quickly. I felt like I won the fight.”