Jermall Charlo and twin brother Jermell are making history as both are world champions. After winning a world title at 154-pounds, the undefeated Jermall now campaigns at 160 pounds, where he currently holds the coveted WBC title. Read Bio

Jermall Charlo Maciej Sulecki by in Round of 12 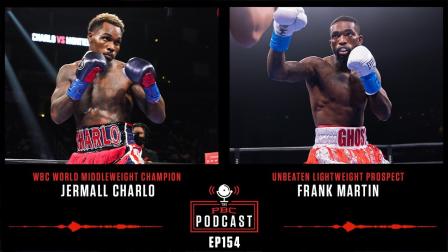 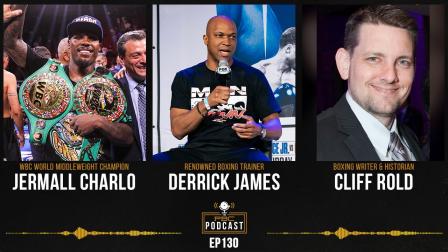 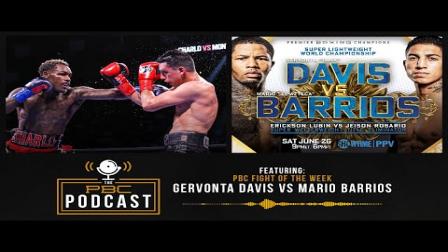 The unbeaten, reigning WBC World Middleweight Champion and the undefeated rising lightweight sensation are this week's guests on a stacked show.

Jermall Charlo WINS against Hugo Centeno Jr. by KO in Round 1 of 12

Jermall Charlo and twin brother Jermell are making history as both are world champions. After winning a world title at 154-pounds, the undefeated Jermall now campaigns at 160 pounds, where he currently holds the coveted WBC title.

Keeping it in the family

With the Twitter handle @FutureofBoxing, Jermall Charlo is making a statement. He is not to be confused with his younger-by-a-minute twin, Jermell, a 154-pound title contender himself who uses the more modest @CharloTwin handle.

Jermall and his brother were born in Lafayette, Louisiana, but raised in Houston. They were 8 years old when their father, Kevin, a former amateur boxer, first took them to the gym as a way to offer them a positive, disciplined environment.

The siblings both competed in other sports growing up, playing football and basketball in high school, but they kept gravitating toward boxing.

While Jermell turned pro in 2007, Jermall continued on as an amateur with hopes of competing in the 2008 Olympics.

A toe injury kept him from that dream, however, and Jermall ended his amateur career that year with a record of 65-6.

Charlo made his professional debut on September 12, 2008, with a second-round TKO of Cimarron Davis in Grand Prairie, Texas, not far from his Houston home.

Competing largely in his brother’s shadow early on, Jermall fought just once in both 2010 and 2011, and gained little notice as he went 12-0 with eight KOs.

Charlo got his chance to shine in the spotlight in April 2013, though, when he faced Mexican veteran Orlando Lora at the Alamodome in San Antonio on the undercard of the Austin Trout-Saul “Canelo” Alvarez pay-per-view.

Charlo seized the momentum with four more wins in 2013. He put Luis Hernandez down twice in the second round to gain a stoppage in June, took Antwone Smith out in the second round in August, finished off Rogelio De La Torre in the seventh in September and finished the year with a fifth-round KO of Joseph De Los Santos in December.

Closing in on a title

Under the tutelage of trainer Ronnie Shields, Charlo climbed to 17-0 and put himself in position for a title shot. He was scheduled to face 154-pound world champion Carlos Molina in a March 2014 title bout, but the fight was scrapped just days before the match.

Charlo stayed active, though, gaining a third-round stoppage of Hector Munoz in Carson, California, in April, as he waited to see if he would get his shot at Molina.

After the window closed on that opportunity, Charlo kept his focus with a seventh-round TKO of Norberto Gonzalez in September.

The KO streak came to an end in March 2015, although Charlo took all 10 rounds on all three judges’ cards to win a unanimous decision over Michael Finney and set up a title shot against champion Cornelius Bundrage.

But Jermall resumed his knockout prowess in his next fight, a 154-pound title-winning four-knockdown third-round TKO that dethroned Cornelius Bundrage on September 12, 2015—exactly seven years to the day he made his pro debut.

Bundrage was Charlo’s first of five knockouts during six fights, including a fourth-round TKO of previously once-beaten Wilky Campfort, who was stopped for the first time in his career in “The Hit Man’s" initial defense on November 28.

Charlo’s second defense was a 12-round unanimous decision over left-handed former champion Austin Trout on May 21, 2016, followed by a sensational three-knockdown fifth-round KO of previously unbeaten Julian “J-Rock” Williams that December.

“I told everyone what I was going to do since the fight was announced. [Williams] just wasn’t on my level,” said Charlo. “I'm putting my life on the line again for my family to continue building my legacy as one of the best boxers in the world.”

A NIGHTMARE AT 160 POUNDS

Charlo’s 160-pound debut in July 2017 was a two-knockdown, fourth-round TKO of Argentina’s Jorge Sebastian Heiland, who was stopped for the first time in his career. This victory was followed up by the flattening of Hugo Centeno Jr. with a second-round left hook on April 21, 2018, at Barclays Center.

On December 22, 2018, Charlo took on tricky southpaw Matt Korobov at Barclays Center. Korobov was a late-substitute and the lack of time preparing for him showed as Charlo struggled to find his footing early on. Round by round, Jermall slowly took over, climaxing in a big twelfth round, where he rocked Korobov several times, earning a 12-round unanimous decision win.

On June 29, 2019, Charlo took on contender Brandon Adams, the 2018 winner of The Contender television series. Days before, the WBC had elevated Charlo from interim champion to full-on world champion. He fought like one. Adams displayed a sturdy chin and warrior’s heart but couldn’t match Charlo’s skill, will, power and tenacity. This one was never in doubt as Charlo won by a wide unanimous decision.

On Saturday, December 7, the elder of the twins returned to Brooklyn’s Barclays Center to face top-ranked challenger Dennis Hogan. Hogan had given the undefeated super welter titlist Jaime Munguia all he could handle in losing a decision many thought should have gone his way. Yet he was completely outmatched versus Charlo. Jermall dropped him in the fourth and then proceeded to batter him until a perfect left hook in the seventh floored him again, convincing ref Charlie Fitch to wave it off at 0:28 of the frame.

On September 26, 2020, Charlo took on his number-one contender, Sergiy Derevyanchenko. It was a fight Charlo wanted, a fight many believed would be the toughest of his career.

Charlo and Derevyanchenko warred for 12 rounds in a battle for the ages. The challenger gave it all he had, overwhelming Charlo at times and landing a number of good shots.

In the end, the champion was simply too good. Charlo used his size, jab and power punches that rocked Derevyanchenko on several occasions to win a unanimous decision. Final cards read 118-110, 117-111 and 116-112.

“He was tough, but I knew he was going to be tough,” Charlo admitted. “I knew he’d come to fight, I just didn’t know how and when he’d try to turn it up. I felt like I never really let him turn it up and that was the game plan. I studied well and I didn’t let the pandemic affect my training. I just want to keep fighting and not let any negative interrupt the positive.

“I stayed poised, I stayed composed and I executed the game plan. I was staying behind the jab, I got away from it a little, but Ronnie got me back. I wanted to knock him out but dominating like I did was a big statement.”

“It took a real warrior to get in with me and (Montiel) fought each and every round as hard as he could,” said Charlo, who threw a career-high 769 punches. “I could tell in his eyes he was a true warrior from the beginning that he wanted to fight. It didn’t matter what I hit with; I love that spirit. He’s going to be great.