In his first defense since dethroning Kell Brook last May, Spence (23-0, 20 KOs) out boxed a tough Peterson (35-4-1, 17 KOs) from start to finish, showcasing a wide array of skills, speed and power. The fight was stopped prior to the start of the eighth round after Peterson’s trainer, Barry Hunter, called for the stoppage.

The fight played out similar to how both fighters predicted, starting in a cagey tactical affair before it turned into an aggressive fight in the middle rounds. Two minutes into round five, Spence used a blistering left hook to send Peterson to the canvas. The Washington, D.C. native returned to his feet and continued to battle, but Spence proved to be too much. The 2012 U.S. Olympian out landed Peterson 161-45, while connecting on 49% of his power punches to just 31% for Peterson.

Peterson, who fought valiantly against the younger Spence, respected the decision of his trainer to stop the fight, “If he asks me to fight a million people, I will. If he asks me to stop. I will stop. I will never question his decision. I know he has my best interests at heart.” 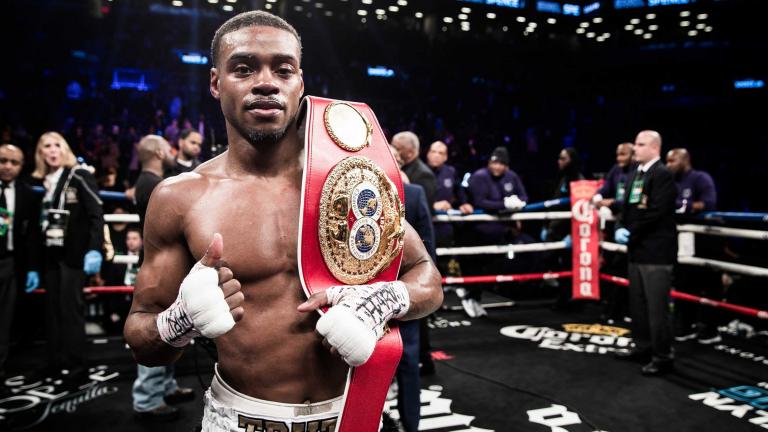 The PBC Performance of the Year: Errol Spence Jr.

Spence's stirring victory over Ugas to unify three welterweight world titles stands out as the finest of 2022.

Errol Spence Jr. Believes The Best Is Yet To Come

The undefeated 147-pound king is ready to defend his crown against Yordenis Ugas in their three-belt welterweight unification Saturday night in Spence's native Texas, live on SHOWTIME pay-per-view.