Super welterweight prospect Jesus Ramos is turning heads with his impressive performances as he seeks to become the top dog in a stacked 154-pound division. Read Bio 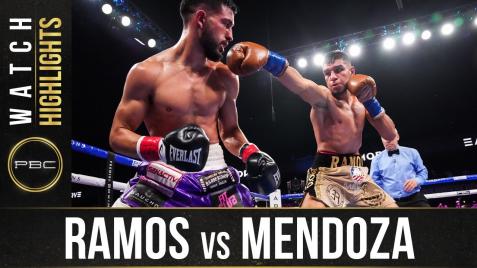 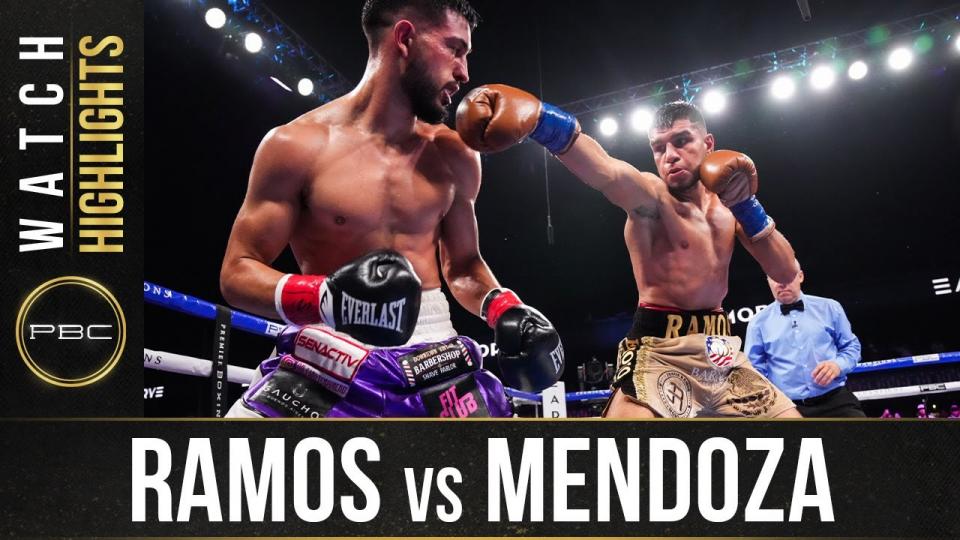 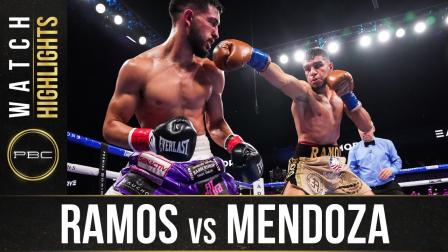 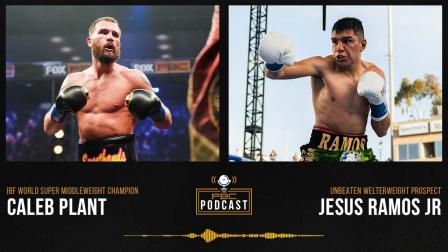 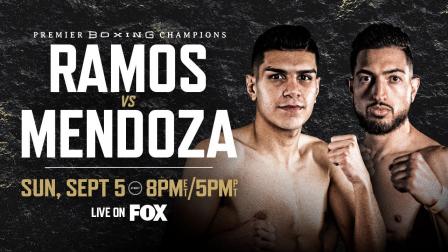 The undefeated 20-year-old sensation dominates the hard-punching Mendoza in his 154-pound debut on a Sunday edition of FOX PBC Fight Night.

The undefeated IBF World Super Middleweight Champ discusses his November 6 showdown versus Canelo Alvarez for the undisputed 168-pound crown while Ramos breaks down his battle against Brian Mendoza Sunday night on FOX.

Jesus Ramos Jr. WINS against Brian Mendoza by UD in Round 10 of 10

Jesus Ramos Jr. WINS against Javier Molina by UD in Round 10 of 10

Undefeated super welterweight prospect Jesus Ramos is considered one of the best up and comers today. With his power and high ring IQ, many believe he is a future world champion with superstar potential.

About Boxing and Family

Jesus Alejandro Ramos was born into a boxing legacy.

Jesus Sr. and uncle Efrain, former fighters, are also his trainers. By the time Ramos was 3, his 13-year-old uncle, Abel, had begun his amateur career, later transitioning into the professional ranks where he currently competes at the same weight as Jesus Jr.

“My whole life has been around boxing. My uncles trained in my garage, and I was always either in there or around it. Even just playing outside, my Dad would take older kids than me and make me spar with them,” said Ramos.

“At the age of 4, I got bored with it, but I came back and started training. My Dad gave me a whole year to determine whether or not I wanted it.  I was eight or nine years old when I first started boxing. We’re a close family and everyone – my aunts and uncles – we’re about family and boxing.”

Ramos won the majority of his 55 amateur fights, placing third in a 2015 Silver Gloves tournament and earning back-to-back Junior Olympics’ crowns in 2013 and 2014.

“I started sparring Abel when I was smaller at like the age of 15,” said Jesus Jr., whose uncle already was undefeated 13 bouts into a 140-pound career. “My father and uncle are always in the gym when we spar, but I started growing and getting better and the sparring has grown more intense. It’s great work and I’ve learned a lot.”

Ramos turned pro with an 88-second knockout of Luis Romero in a 145-pound bout in May 2018 in Agua Prieta, Sonoro, Mexico, marking the 17-year-old’s first of seven consecutive stoppages in two rounds or fewer during the year.

There was also an 84-second KO of Antonio Vergara (October) as well as second-round knockouts of Martin Sosa (June), Miguel Angel Salmeron (August), Jose Roberto Garcia (September) and both Hugo Montoya and Rudolfo Lopez, the last two separated by 21 days in October.

In February 2019, Ramos halted Ivan Chavela Resendiz in the second round.

Gunning For the Throne

In April 2019, Ramos scored an 87-second knockout of Seifullah Jihad Wise. Their bout happened in Phoenix, Arizona, marking Ramos’ American and home state debut in advance of his initial fight in Las Vegas – a June 2019, four-round unanimous decision over Kevin Shacks at the Mandalay Bay Hotel.

Ramos then turned up the heat with consecutive stoppage wins over Rickey Edwards and southpaw Romal Amanov in the third and sixth rounds.

“Before facing Rickey Edwards, I went the distance for the first time in only my second fight out of Mexico, so Edwards was saying my power wasn’t as good as advertised,” said Ramos.

“The knockout came off of an overhand left that we had practiced over and over in the gym. It was the perfect shot because Ricky was always moving to his left, so we knew he’d run into it. I felt like I proved myself.”

“Against Amanov, I didn’t have any southpaws to spar with in preparation for him. I had to set a pace and stick to it, slowing him down, working his body and breaking him down and taking my time until my Dad told me to step it up and take him out. It taught me a lot about myself,” said Ramos.

Concussive power notwithstanding, Ramos desires to become a more well-rounded fighter toward earning a world title.

“With a lot of knockouts, there can be pressure to go for the stoppage, but there are a list of things I want to do better. One of them is to improve defensively and be more like Floyd Mayweather and Canelo Alvarez,” said Ramos.

Ramos continued to look sensational in his ring return on September 6, 2020. The rising southpaw battered previously unbeaten Esteban Garcia (14-1, 6 KOs), inducing the stoppage at 2:45 of the second round with a series of unanswered power shots.

Ramos began with his southpaw jab in the first. In the second, he started throwing power punches behind them. Two left hands hurt Garcia and drove him drove toward the ropes. Ramos pounced, landing another big left and a series of power shots. A short right hook forced referee Rudy Barragan to step in and rescue the defenseless fighter.

“I‘m happy with my performance,” Ramos said afterward. “I didn’t think it would end that early. I thought he would take my shots longer.”

On December 26, 2020, Ramos continued his KO streak with a four-round stoppage over Naim Nelson.

Ramos kicked off 2021 with a bang, as the co-feature on FOX PBC Fight night on February 27, 2021. He looked sharp in scoring a stunning second-round KO victory over Jesús Emilio Bojórquez (24-3, 18 KOs).

Ramos landed a sharp right hook that dropped Bojórquez of Sonora, Mexico and opened a cut along his nose early in the second round. Bojórquez beat the count but was unsteady on his feet. Ramos opened up on Bojórquez as he was pinned against the ropes and referee Thomas Taylor stepped in and stopped the fight at 1:44 of the second round.

On May 1, 2021, Ramos made his super welterweight debut against veteran Javier Molina at Dignity Health Sports Park in a FOX Sports PPV. Ramos went 10 rounds for the first time in his career, winning a wide unanimous decision by two scores of 99-90 and one of 97-92.

Ramos looked even better his next time at 154 pounds, winning a 10-round unanimous decision over the crafty Brian Mendoza on September 5, 2021.