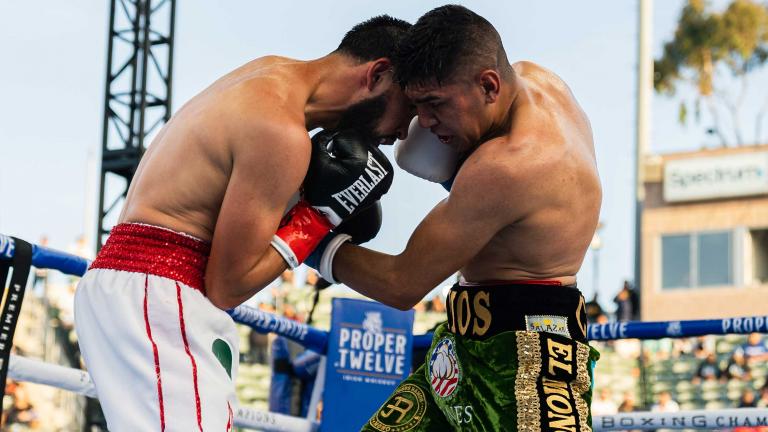 Facing his toughest competition to date, the 20-year-old Ramos imposed his physicality from the outset, peppering Molina with jabs and following up with hard left hands. Ramos mixed in shots to the body as the fight went on, holding a 68 to 11 advantage in body shots landed.

Molina found some success with counter hooks, although he was unable to seriously hurt his opponent. Referee Gerard White deemed some of Molina’s shots were hitting Ramos in the back of the head, and deducted a point late in the seventh round.

Ramos held the overall edge in the punch stats and was the busier fighter throughout, out landing Molina 135 to 77. After 10 rounds, all three judges saw the fight in favor of Ramos, by scores of 97-92 and 99-90 twice.