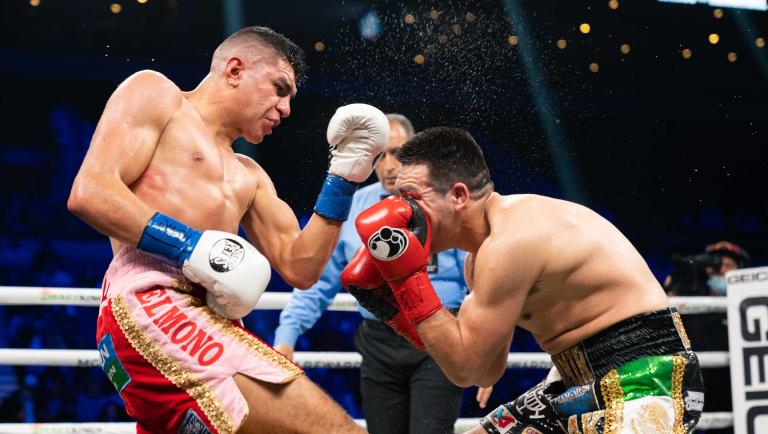 Rising super welterweight sensation Jesus “Mono” Ramos (18-0, 15 KOs) delivered a spectacular performance in the biggest fight of his career. The 20-year-old Ramos remained undefeated by knocking out dangerous veteran Vladimir Hernandez (13-5, 6 KOs) at 2:21 of the sixth round.

“I was boxing him smartly and I wasn’t really looking for the knockout,” said Ramos. “He’s a tough, durable guy. I broke him down round by round, landing a clean shot that hurt him, so I got the job done.

The end came swiftly in the sixth when a Ramos overhand left caused Hernandez to lose control of his legs. Ramos proceeded to batter him to the head and body until referee Mike Ortega mercifully stepped in.