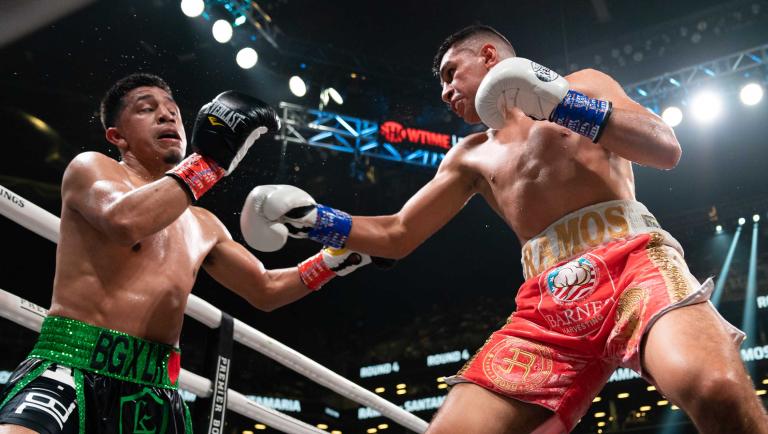 Fighting at the 154-pound limit for the first time since his second pro fight, Santamaria came into this bout off of back-to-back upset victories over Abel Ramos and Devon Alexander, and had strong moments in the fight countering his imposing opponent. Although Santamaria had an advantage in punches thrown (660-625), it was Ramos who held the lead in punches landed (158-142) and accuracy (25% to 22%).

“I could have pressed a little more, gone to the body a little more, but he was kind of slippery in there,” said Ramos. “I didn’t want to risk anything because he would counter so I was trying to stay composed and stay at my distance.”

“The plan was to box him and to get him tired and it was working,” said Santamaria. “I thought it worked. He never hurt me, never felt his power. I was good. I thought he was going to be tough. I’m just as tough as they come.”

Ramos clinched the victory with a strong performance in the closing rounds, eventually earning the decision as he looks to continue improving and rising up the rankings as a top young contender.

"I want whoever they want to put in front of me,” said Ramos. “We're going to keep going forward and take whatever fight my team thinks is best for me. He won some rounds because I let him work a little too much, but we're going to keep getting better and grow from this.”