At 6 feet 2 inches, Cincinnati-based southpaw Jamontay Clark presents a tall order to deal with as he ascends within the 154-pound division. Read Bio 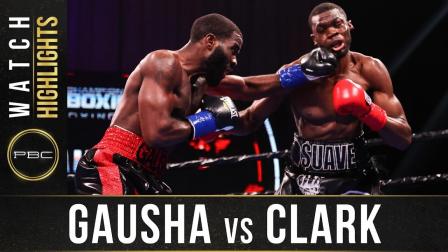 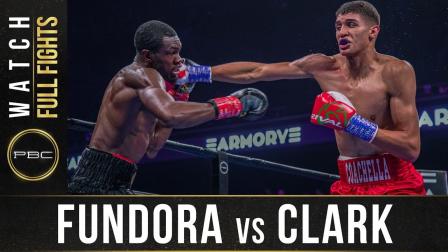 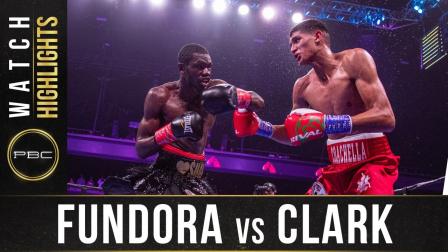 Lara is Champion Once Again, Demolishes Alvarez in Two

Former World Champions Peter Quillin and Minnesota-native Caleb Truax meet in a high-stakes rematch and IBF Super Middleweight Title Eliminator in the co-feature of the card at The Armory in Minneapolis.

The Fight of the Year candidate ends with Lipinets winning via 10th round TKO and Peterson announcing his retirement immediately afterward on PBC on FS1.

Cincinnati-based southpaw Jamontay Clark is the latest product from the boxing-rich Midwestern region blessed with throwback skills. The 6-foot-2 Clark is a nightmare for opponents, using his size and skill to ascend toward the top of the 154-pound division.

Jamontay Clark grew up in the historic Over-The-Rhine neighborhood of downtown Cincinnati, Ohio. The product of devoted parents who “Always had my family and anything I wanted and needed,” Clark was, never-the-less, missing something.

Thanks to the bragging of a childhood friend, Clark discovered it was a passion for smashing other young men in the face with his fists.

“I first started boxing after one of my school-mates was always talking about sparring and how fun it was. Something inside me said, ‘I just gotta do it,’” said Clark. “I remember going down there, walking into the gym and seeing a kid younger than me who was hitting a speed bag. I started sparring, training, and -- being really tall and lanky -- learning how to use my height to my advantage. I just fell in love with fighting.”

A 6-foot-2, left-handed, boxer-puncher, Clark produced an exemplary amateur record of 85-15, earning a title in the USA Nationals and two each in the Ringside and National Police Athletic League tournaments.

“My biggest accomplishment was being on the US team in 2012, getting to travel around the world to countries like Kazakhstan, Italy, Russia and Ukraine,” said Clark, a fan of Ohio legend Aaron Pryor  while at the same time being the antithesis of his more widely known and vociferous 5-foot-6 pugilistic brethren.

“I’ve watched Aaron Pryor’s fight where he beat Tommy Hearns as an amateur. He backed up his talk with non-stop action, energy, head-movement and power. But I got my nickname, ‘Quiet Assassin’, from my coach because I mostly don’t have much to say and just do my business. I don’t mind talking if somebody starts something, but I’m going to continue being me.”

With an amalgam of speed, power, athleticism and an 80-inch reach, an 18-year-old Clark stopped his initial three professional opponents in 2014. Clark debuted with a third-round TKO of Lee Kreisher in January followed by KOs in 25 and 52 seconds in May and September.

There was also 2016’s sixth-round TKO of Elvin Perez and a six-round unanimous decision over Edgar Ortega in February and June as Clark rose to 10-0 (six KOs) competing between 146 ½ and 153 ¼ pounds.

“My knockouts are more a product of my boxing skills, which I use to win fights in a more definitive fashion,” said Clark. “I can make adjustments, move a lot better, use my feet more to step around and out of the way instead of just catching shots on my arms.”

Down Twice – But Not Out

Clark displayed versatility in 2017 over the course of three televised victories comprising a seventh-round stoppage of hard-punching southpaw Gaku Takhashi (March), an eight-round unanimous decision in June over previously unbeaten hammer-fisted left-hander Ivan Golub of the Ukraine, and an eight-round majority decision over Domonique Dolton in November.

A competent counterpuncher with a sharp jab and body attack and sniper-like accuracy, Clark admits to having compromised his range against Golub (13-0, 11 KOs coming in)  in favor of a toe-to-toe, slugger- aggressor mentality.

Against Dolton, an aggressive boxer-puncher who entered at 19-1-1 with 10 knockouts,

“The Quiet Assassin” overcame a deep laceration over his right eyelid as a result of a clash of heads that bled profusely from the fourth round on.

“I never let off of the gas against Gaku, and I could have made it a lot easier against Golub, who was a tough guy with a good chin who kept coming as I kept coming,” said Clark, who went eight-rounds against Golub and Dolton for the first time in his career and competed between a career-low 140 ¾ and 150 pounds in the three bouts.

“I showed I have the heart of a lion against Dolton, but I had to slack up because of the butt. Blood was in my eyes. There were a lot of punches I couldn’t see. I was able to bite down and get through it, otherwise, he wouldn’t have gone the distance.”

Clark went 2-1-1 and twice rose from the canvas through 2020 starting with a career-first 10-round unanimous decision loss to hard-punching, future champion Jeison Rosario of the Dominican Republic in August 2018.

Rosario (16-1-1, 11 KOs) scored a highlight reel knockdown with a counter right hand in the third round that knocked Clark out of the ring before he returned to beat the 10-count.

After rising from a third-round knockdown to win a unanimous decision over Brown, Clark salvaged a draw with Fundora (13-0-1, 9 KOs), repeatedly catching the oncoming “Towering Inferno” with hard counters down the stretch.

Clark rebounded in his lone bout of 2020: February’s unanimous decision over Anthony Lenk, the fifth southpaw he faced in seven fights.

“I’ve taken the hard road to get to where I am. I’m ready for whatever comes,” said Clark. “I’m climbing up in the rankings, but I still have a long way to go. I’m hungry, dedicated and down to fight anybody.”