Super welterweight contender Terrell Gausha returns to the ring after a six month hiatus with a second-round TKO victory over Jamontay Clark in their televised opener. 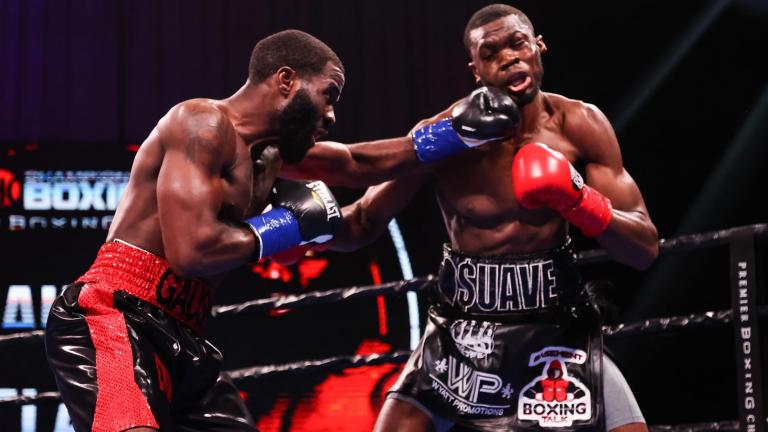 In the evening’s opening bout, Cleveland’s Terrell Gausha (22-2-1, 11 KOs) scored an impressive second-round technical knockout over fellow Ohioan Jamontay Clark (15-2-1, 7 KOs) of Cincinnati. Gausha, 33, did not land a single power punch in the opening round but worked well behind the jab, winning the round on two of the judges’ scorecards. As the second round neared completion, Gausha beautifully countered a lunging left hand from the southpaw Clark which sent the 26-year-old to the canvas for the first time in his professional career. Clark beat the count but moments later was met by a barrage of unanswered punches in the neutral corner. Referee Arthur Mercante jumped in and called a halt to the bout at 2:44 of the second round.