Julian Williams wasted no time as he battered Luciano Cuello to gain a first-round TKO and remain unbeaten.

Julian Williams fought like a man who had early dinner plans at Sands Casino in Bethlehem, Pennsylvania. Luciano Cuello had no answers—and barely threw any punches—because of the attack Williams brought to the ring.

Williams connected on a stiff jab early in the round that seemed to take all the fight out of Cuello, who shifted into a pure defensive mode.

Williams sensed blood in the water, though. The Philadelphia native clobbered Cuello with a right hand that left the Argentine with jelly legs.

Cuello half-turned his back as he staggered to the ropes, and Williams pounced.

Williams unleashed a series of overhand rights that Cuello tried to weather, but referee Gary Rosato stepped in and ended it at 1:33 for a first-round TKO. 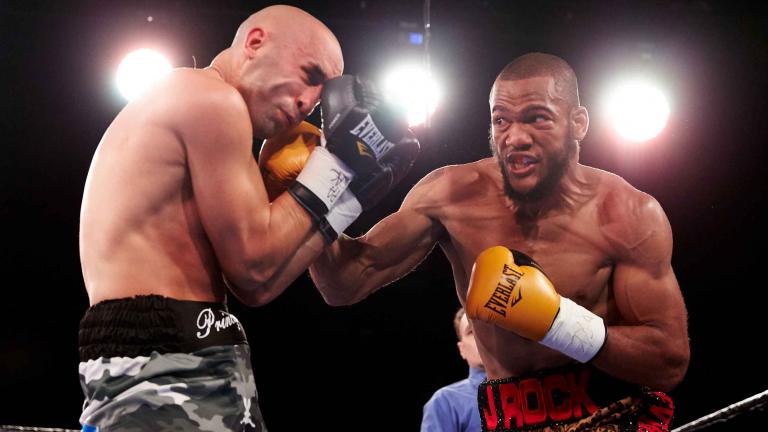 Plenty of boxers talk before a fight about how they want the knockout because they don’t get paid by the hour. Well, Julian Williams lived it Tuesday night at the Sands Casino in Bethlehem, Pennsylvania.

As the victories pile up, Julian Williams moves closer to adding his name to the illustrious list of Philadelphia boxing legends

Julian Williams is as hard on himself as he is the other dude in the ring.