Moises Flores remained unbeaten with a 12th-round TKO of Luis Emanual Cusolito in a fist-flying affair.

No one could say Moises Flores and Luis Cusolito didn’t come to fight at the Sands Casino in Bethlehem, Pennsylvania. From the opening bell to the time Flores earned a 12th-round TKO, the two men fired huge shot after huge shot in an all-action affair.

Flores was the more accurate and aggressive fighter throughout, but Cusolito landed several monster punches off the counter that kept him in the fight.

The bout was neck-and-neck through the early rounds, but Flores began to gain the upper hand as the fight progressed. He frequently maneuvered Cusolito into the corners, effectively fighting on the inside.

Cusolito kept up the pace despite going past the seventh round for the first time in his career.

In the 12th, however, Flores got the better of the Argentine, drilling him with a straight right, a left hook and another left hook that seemed to leave Cusolito glassy-eyed. Referee Benjy Esteves Jr. then stepped in to stop the fight as Flores remained undefeated with a TKO. 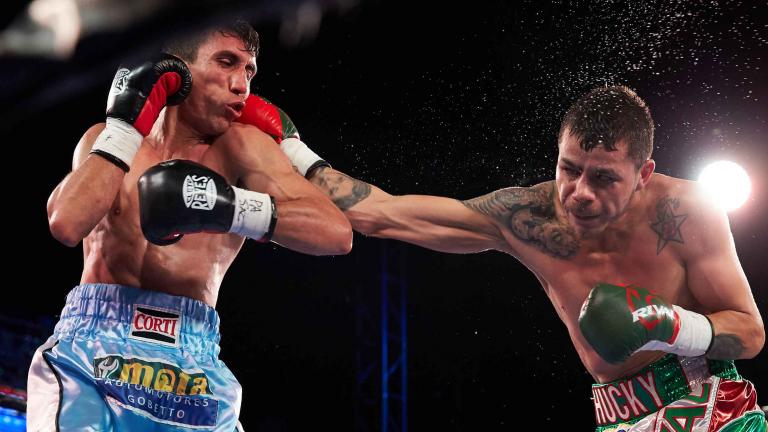 The sweet science user’s manual says you use the jab to set up your big shots.

Every boxer who makes the transformation from amateur to pro does so with the exact same game plan: win, win again and win some more.