Thomas Dulorme has proven to be a force in two divisions, from 140 pounds and now at welterweight, where he has tangled with some of the world's best. Read Bio 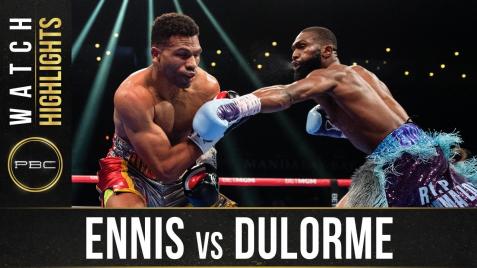 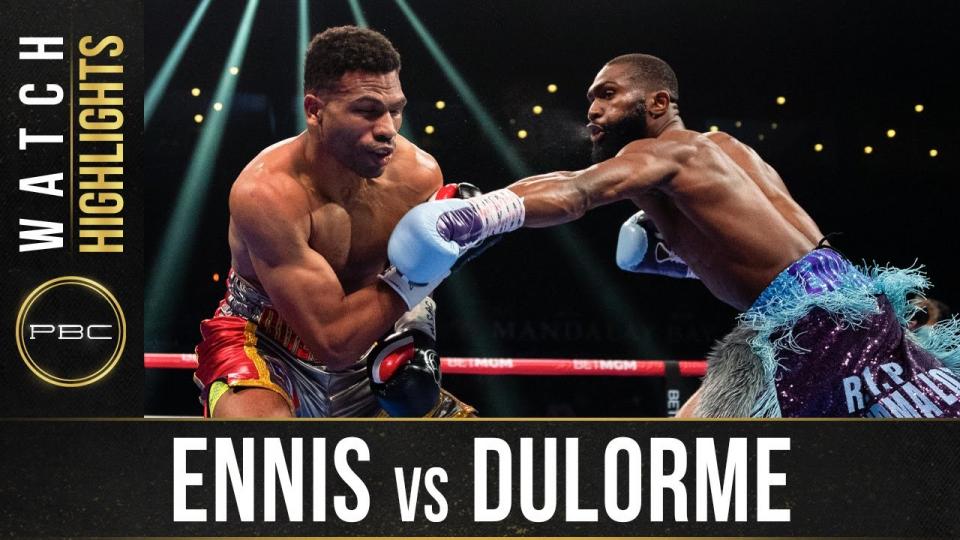 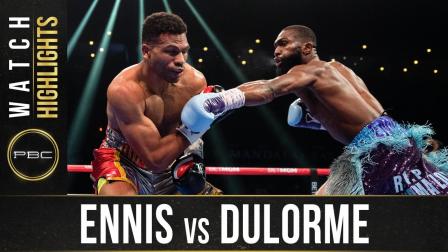 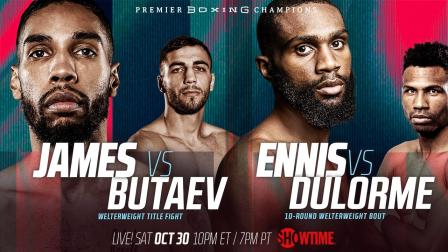 James vs Butaev and Ennis vs Dulorme PREVIEW: October 30, 2021 | PBC on SHOWTIME click here to get video transcript 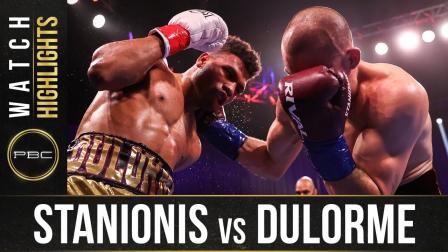 James turns in the finest performance of his career, overcoming a strong Dulorme to win the vacant WBA Interim World Welterweight title on Saturday night in the return of FOX PBC Fight Night.

From an impressive amateur career to a professional one full of highlights, Thomas Dulorme has beaten some of the world's best at 140 and 147 pounds, where he currently campaigns.

Thomas Dulorme was born on the Island of Saint Martin to a father of that ethnicity and a Puerto Rican mother. When Dulorme was three, he and his family moved to Puerto Rico, and, later, to the Dominican Republic before returning to Puerto Rico when he was eight.

“Saint Martin is my origin, the place where I was born,” said Dulorme. a French-speaker in his early childhood who has developed a strong connection to each of the island-nations. “Still, I had lived in Puerto Rico since I was very young. Puerto Rico has given me everything. I always represented Puerto Rico, but I love all Latinos.”

On March 12, 2011, Dulorme returned to the U.S., scoring a second-round TKO over Guillermo Valdes at MGM Grand at Foxwoods Resort in Mashantucket, Connecticut.

Following a second-round KO over Harrison Cuello that April, he took on his toughest opponent to date, former world champion DeMarcus “Chop Chop” Corley, on June 10, 2011, in a welterweight bout at Roseland Ballroom in New York. Dulorme shined, dropping Corley in the third and winning a wide 10-round unanimous decision.

THE LIFE OF A BOXER

Dulorme was 16-0 when he faced Luis Carlos Abregu on October 27, 2012 at Turning Stone Resort & Casino in Verona, New York. However, his losing streak would come to an end when Abregu pulled off a TKO win in the seventh round.

Undaunted, Dulorme jumped back in the ring in February 2013, stopping Eddie Brooks at Roseland Ballroom. He fought three more times that year, winning all handily.

On March 29, 2014, Dulorme stepped up again, facing undefeated Karim Mayfield in a 140-pound bout at The Ballroom in Boardwalk Hall in Atlantic City, New Jersey. Dulorme dominated, comfortably winning a 10-round unanimous decision by scores of 98-92, 97-93 and 96-94.

In December 2014, Dulorme returned with another big win, a 10-round split decision over the dangerous Henry “Hank” Lundy at Barclays Center in Brooklyn, New York. The celebration didn’t last long as Dulorme was stopped by Terence Crawford in a 140-pound world title bout on April 18, 2015.

Following the loss to Crawford, Dulorme wouldn’t return to the ring for 14 months, coming back at welterweight full-time.

In June 2016, he stopped Jesus Gurrola in three. Then in January 2017, he delivered a sixth-round TKO over Brian Jones. But Dulorme would lose for a third time in August 2017, this time to welterweight “boogeyman” Yordenis Ugas via unanimous decision.

On October 6, 2018, Dulorme battled to a disputed 12-round majority draw versus former world champion Jessie Vargas at WinTrust Arena in Chicago, Illinois. He proved he was as dangerous as ever on September 21, 2019, battering the undefeated Terrel Williams to win a 10-round unanimous decision.

The win set up a showdown versus Jamal James on August 8, 2020, in a FOX PBC Fight Night headlining event. On the line was the vacant interim WBA world welterweight title. The two warred for 12 rounds but Dulorme came up short, losing a 12-round unanimous decision.

Dulorme suffered a second straight loss in his next bout. On October 30, 2021, he was stopped in one round by undefeated welterweight sensation Jaron Ennis at Michelob Ultra Arena at Mandalay Bay Resort and Casino in Las Vegas.