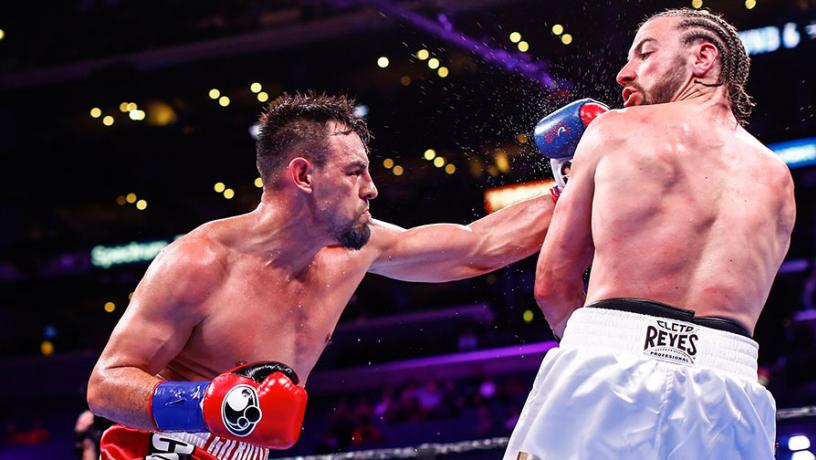 Former three-time World Champion Robert "The Ghost" Guerrero earned a UD win over Jerry Thomas on the undercard of the FOX PPV event in Los Angeles. 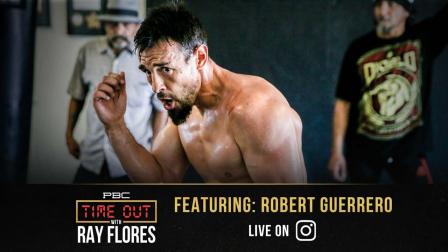 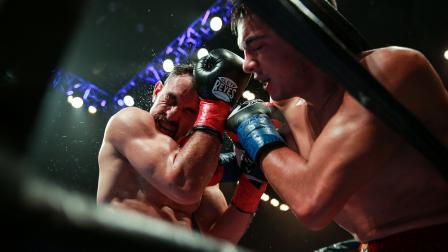 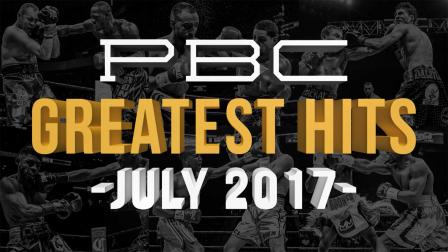 Father's Day: A Celebration of Life

Robert Guerrero, Caleb Plant, Shawn Porter, Joey Spencer, and each of their fathers, celebrate their bond in and outside of the ring.

PBC Champs give back this Thanksgiving

The former world lightweight champion begins his run at junior welterweight versus the dangerous Adrian Granados Saturday night on SHOWTIME.

Omar Figueroa Jr. WINS against Robert Guerrero by TKO in Round 3 of 10

Robert Guerrero Daud Yordan by ND in Round 2 of 10

Robert Guerrero Orlando Salido by ND in Round 12 of 12

Boxing since the age of 9, Robert Guerrero has earned world titles in two weight divisions (with interim titles in two other divisions). After taking a break from the sport in 2010 to help his wife successfully overcome leukemia, the southpaw returned to the ring to battle such notable opponents as Joel Casamayor, Andre Berto and Floyd Mayweather Jr.

Guerrero has proven himself to be both a valiant fighter inside the ring and an honorable man outside of it.

Much of that comes from having a father who helped shape not only his son’s life, but also his development into a world champion.

Ruben Guerrero Sr., a former amateur champion, introduced Robert and his five brothers to boxing as youngsters growing up in Gilroy, California.

Even early on, Robert Guerrero haunted opponents in the ring, and his elusiveness quickly earned him his nickname, “The Ghost.”

Guerrero came out swinging from the start under his father’s guidance, embarking on a distinguished amateur career.

At age 15, he won a gold medal at the national Junior Olympics and was voted most outstanding fighter of the tournament.

The following year, Guerrero was the youngest competitor at the 2000 Olympic trials.

Although he didn’t make the team, the 16-year-old put on a good showing, losing to eventual Olympic bronze medalist Clarence Vinson, who was 21 years old.

Rather than remain an amateur in order to compete in the 2004 Olympics, Guerrero turned professional at the age of 18.

Guerrero went undefeated in his first 12 professional fights as a rising 126-pound prospect, including an eighth-round stoppage of former world champion Enrique Sanchez in June 2004.

He suffered his first loss against Gamaliel Diaz in December 2005, avenging the setback in a rematch with Diaz two fights later via a sixth-round knockout.

The win set Guerrero up with a September 2006 fight in Los Angeles against 126-pound champion Eric Aiken, who retired in his corner following the eighth round, giving Guerrero his first world title.

He relinquished his belt by losing to Orlando Salido in his next bout.

However, Salido tested positive for steroids following the fight in Las Vegas, and the result was changed to a no contest.

A champion at 130 pounds

Guerrero would waste no time in becoming champion once again, notching a ninth-round TKO of Spend Abazi in Frederiksberg, Denmark, in February 2007 to take home the vacant 126-pound belt.

He defended his title two more times—a first-round KO of Martin Honorio in November 2007, and an eighth-round KO of power puncher Jason Litzau in February 2008—before moving up to the 130-pound division.

In Guerrero’s second bout at 130 pounds, against Indonesian fighter Daud Yordan in March 2009, an accidental head butt opened a severe gash above his left eye.

The fight ended in a second-round no contest.

Guerrero claimed the 130-pound title later that year, winning a 12-round unanimous decision over Malcolm Klassen in Houston.

A different type of fight

In October 2007, Guerrero’s wife, Casey, was diagnosed with leukemia.

She relapsed three times over the next couple of years before being told in 2009 that she would need a bone marrow transplant to live.

Casey underwent the procedure in January 2010.

Thankfully, Casey has remained free of cancer since her bone marrow transplant, allowing Guerrero to refocus on his career.

Moving up to 135 pounds upon his return to the ring later in the year, Guerrero notched wins against former world champion Joel Casamayor and 2004 U.S. Olympian Vincente Escobedo to close out 2010.

Guerrero finally got his shot against Katsidis in April 2011, and won an action-packed 12-round unanimous decision in Las Vegas to claim interim 135-pound titles.

Ready for any challenge

The southpaw would then jump up another two weights classes, defeating Selcuk Aydin in a 12-round unanimous decision in San Jose, California, in July 2012 for an interim 147-pound title.

“Everything I've had to go through prepares you for this," Guerrero told the Los Angeles Times prior to the fight. "Winning this kind of fight—moving up in weight, taking the harder punches—has to do with character. Boxing is like Disneyland after what I've seen my wife go through."

Guerrero knocked Berto down in each of the first two rounds en route to winning a hard-fought 12-round unanimous decision.

The win would pave the way for the biggest fight in Guerrero’s career, a date with undefeated 147-pound champion Floyd Mayweather Jr. in Las Vegas in May 2013.

Guerrero, a 5-to-1 betting underdog, was never really able to penetrate Mayweather’s defense and lost a 12-round unanimous decision.

After taking nearly a year off in the ring, Guerrero returned to action against Japanese fighter Yoshihiro Kamegai Carson, California, in June 2014.

The bout was one of the year’s best, and Guerrero won the bloody contest in a 12-round unanimous decision.

According to CompuBox, the two fighters combined to throw more than 1,900 punches.

Going down swinging in his PBC debut

On March 7, 2015, Guerrero fought undefeated Keith Thurman in a 147-pound bout as part of the first Premier Boxing Champions card, which aired in prime time on NBC.

Fighting at the MGM Grand Garden Arena in Las Vegas, Guerrero dropped a 12-round unanimous decision but earned plenty of respect when he continually pressured Thurman in the late rounds after being knocked down in the ninth.

It was the second time in Guerrero's career that he had been dropped, but his valiant comeback against such a strong opponent won him widespread praise.

Guerrero made a quick return to the ring, taking on Aron Martinez at the StubHub Center in Carson, California, on June 6, 2015, in the headlining bout on a PBC on NBC afternoon broadcast.

Guerrero started slowly against Martinez, fighting often with his back against the ropes, and was knocked to the canvas toward the end of the fourth round by a quick flurry from Martinez.

Midway through the 10-round fight, Guerrero became more aggressive and picked up the pace, using his jab to keep Martinez at bay.

Guerrero continued to wear down Martinez as the fight progressed and ended up victorious by split decision, winning the final five rounds on all three judges' scorecards to earn the decision.

RISING FROM THE ASHES

Guerrero’s strength, volume punching and will kept him in the fight but Garcia ultimately pulled away to win a 12-round unanimous decision and become a two-division titlist.

Guerrero would drop his next two fights; an August 2016 split decision defeat to David Emanuel Peralta and then in July 2015, he and former lightweight champion Omar Figueroa Jr. engaged in a war that ended with Figueroa winning via third-round TKO.

Guerrero would retire shortly afterward, but the warrior inside yearned for battle. On December 1, 2018, he returned to the ring, stopping Adam Mate in two rounds at Los Angeles’ Staples Center. Guerrero followed that up with a five-round technical decision over Hevinson Herrera in March 2019 at Dignity Health Sports Park in Carson, California.