One of the Big Apple’s premier prospects, the flashy, multi-colored haired Chris Colbert has shown he's ready for "Primetime" as he seeks to establish himself as one of the game's best. Read Bio 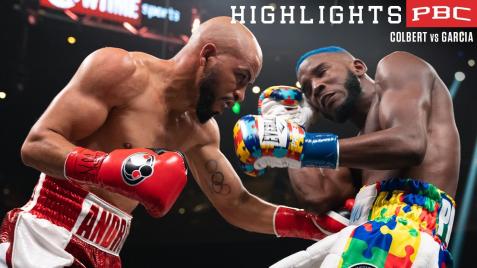 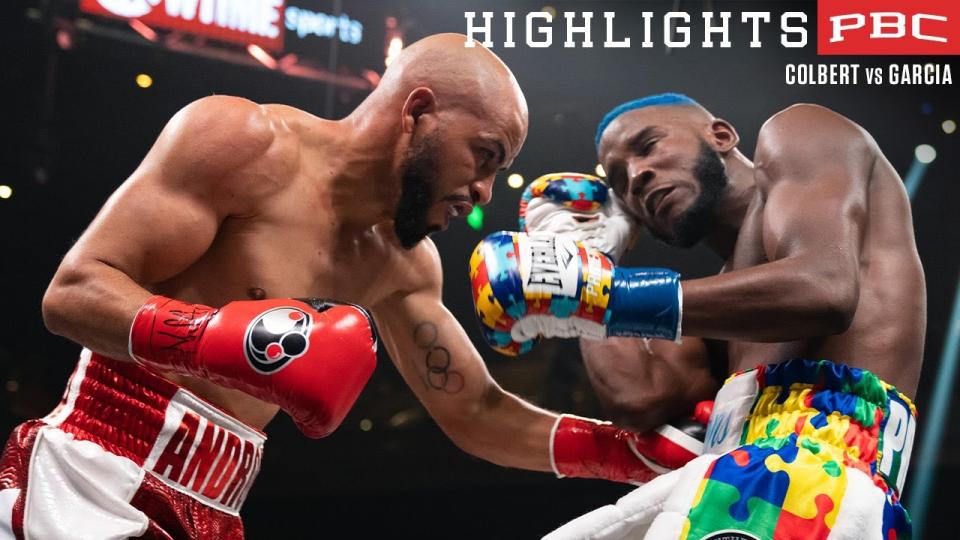 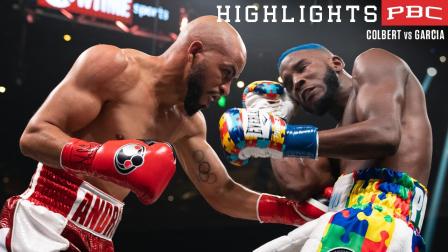 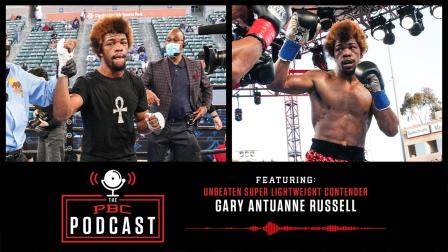 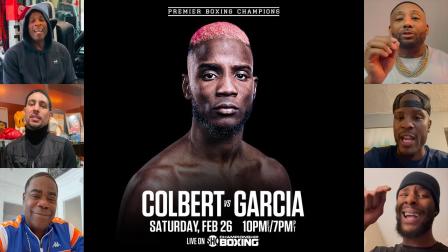 The ultra-talented super featherweight takes on a fellow unbeaten in Hector Garcia atop a stacked PBC on SHOWTIME triple-header Saturday night.

Five potential opponents for the undefeated super featherweight sensation—if he can get past the dangerous, unbeaten Hector Garcia Saturday night on PBC on SHOWTIME.

One of the Big Apple’s premier prospects, the flashy, multi-colored haired Chris Colbert has shown he's ready for "Primetime" as he seeks to establish himself as one of the game's best.

The sixth-born of 10 children, Chris Colbert began boxing as a 13-year-old, becoming the No. 3-ranked 114-pounder, No. 1 at 123 pounds, later winning a National title in 2015 and earning an opportunity to qualify for the Olympics before turning pro at the age of 18.

Colbert’s skills were groomed at the Brooklyn-based Atlas Cops & Kids Boxing Gym, a mentoring center for neighborhood children. It is there Colbert met Mexican trainer and father-figure, Aureliano Sosa, the man who nicknamed him “Lil B-Hop” for skills analogous to Hall of Fame world champion Bernard Hopkins of Philadelphia.

Among the boxers featured in a 2017 Netflix documentary, CounterPunch, Colbert later became known as “Prime Time,” for his proficiency toward showmanship.

“I feel like I bring everything to the table,” said Colbert of his ability to dole out punishment without receiving it, whether from close quarters or the distance. “I can bang, I can box. I can stand there and fight in the pocket. You’ve gotta be able to do it all.”

Colbert’s first pair of professional bouts ended in the second and fourth-rounds midway through 2015 against Marquis Pierce (May 29) and Benjamin Burgos (June 27), displaying his power punching potential at 122 ½ and 125 ¼ pounds.

Colbert was 7-0 (2 KOs) before registering a seventh-round TKO in April 2018 in what shaped up as his most difficult challenge against rising left-handed KO artist Austin Dulay. Dulay came into the bout with an 11-0 record with eight knockouts.

Fighting at a career-high 130 pounds, Colbert alternated from orthodox to southpaw stance, scoring a seventh-round knockdown from a right to the head and a subsequent left to the body. So dominant was Colbert against Dulay  that the loser’s corner advised referee Mark Nelson to stop the fight after the round.

Exactly a year after his fight with Dulay, Colbert scored a sensational second-round TKO of Mario Briones, a lightning-quick overhand left hand flooring the Mexican midway through the final period. Briones beat the count only for Colbert to finish him off with a flurry at 1:59 of the round, improving his record to 11-0 with his fourth stoppage win.

On September 21, 2019, super featherweight Chris Colbert delivered a brutal and definitive, one-punch, first-round knockout of Mexican gatekeeper Miguel Beltran, leaving his opponent face-first and out cold on the canvas at Rabobank Arena in Bakersfield, California.

Colbert scored his third stoppage in his past six fights, leveling Beltran with a searing overhand right above the ear. The fight was called at the mark of 2:57 as Beltran (33-8, 22 KOs) failed to beat the count.

“I never go in looking for the knockout, but my power is developing and they’re happening more and more purely because of the skills I possess,” said Colbert, a Brooklyn, New York, native who was coming off a shutout unanimous decision over Alberto Mercado on June 23, 2019.

“I already have superior speed and boxing ability over my opponents, and, over the past five or six fights, my strength and conditioning coach and I have been working harder. Now everyone is seeing the results.  Overall I just want to show the world that I can dominate anybody and everybody."

On the line was the interim WBA World Super Featherweight title. Colbert would not be denied. He outboxed Corrales for much of the way, scoring a knockdown on his way to winning a wide 12-round unanimous decision. Cards read 116-111 and two scores of 117-110.

“I had confidence coming into the fight,” said Colbert. “I knew I was going to dominate the fight and I told you all that before the fight happened. He was running and I was trying to catch him, so I told my corner, let's have a dog fight. We got 12 rounds. I’m in shape. You see, I didn’t sit down one round. I’m in shape and I came to fight. I wasn’t going to leave without this title.

Known for his flash, Colbert often dies his hair for his bouts – golden versus Beltran, green for Dulay and pink for Briones – but for altruistic reasons.

“I wear different hair colors represent different awareness’s – red for sickle cell, green for cerebral palsy, pink for breast cancer, and gold representing childhood cancer,” said Colbert. “I’m out there fighting for my swag and for myself, but I’m also fighting for a lot of other things."

TAKING IT TO A NEW LEVEL

On Saturday, December 12, 2020, Colbert took on what many believed would be his toughest opponent in the hard-hitting Jaime Arboleda of Panama. Colbert was expected to box and steer clear of his rangy opponent's big shots.

But the brash Brooklyn-ite had other plans in his first SHOWTIME headliner.

Colbert was magnificent, staying in the pocket, making Arboleda miss and making him pay. Round by round, he wore him down, putting on the kind of performance that reminded folks of a young Floyd Mayweather. Colbert displayed sublime skill--and power. In a spirited ninth round, Colbert dropped Arboleda with a vicious left hook. Arboleda survived but was down twice more in the 11th as the champion closed the show.

"I dominated the whole fight," said Colbert. "I probably gave him two rounds, but that was by choice. I just wanted to build his confidence because I knew I was going to stop him in the later rounds. I came to show the 130-pound division that I can punch. I'm here and I'm here to stay."

Colbert continued his reign of dominance on July 3, 2021, easily outpointing the game Tugstogt Nyambayar over 12 rounds at Dignity Health Sports Park in Carson, California. Two cards read 118-110 while third a judge had it 117-111.

Colbert was initially slated to face WBA World 130-pound champion Roger Gutierrez on Saturday, February 26, in a PBC on SHOWTIME headliner from The Chelsea inside The Cosmopolitan of Las Vegas. However, Gutierrez withdrew due to contracting COVID-19. Unbeaten Dominican Olympian Hector Garcia stepped in on three weeks notice and pulled off the stunning upset, winning a wide 12-round unanimous decision over Colbert.

“I’m sorry I let everyone down, today he was the better man,” Colbert said afterward, his arm draped around Garcia in an encouraging embrace. “I take my losses like I take my wins. I want to run it back and hopefully we can do it again. There’s no excuses. He was the better man today.”

Colbert could never get on track and showed little of the aggression and skills that made him one of the most talked about young fighters in the sport.

“Everyone puts pressure on me in the ring,” said Colbert. “That’s nothing new. I want to get a rematch if I can. Congratulations to Hector and his team. They deserved this win tonight. I wasn’t feeling myself. At the end the day, I’m still ‘Primetime’ on SHOWTIME.”