The only boxer to represent the U.S. in three Olympics, southpaw Rau'shee Warren won a world title at 118 pounds and now seeks a second bantamweight strap. Read Bio 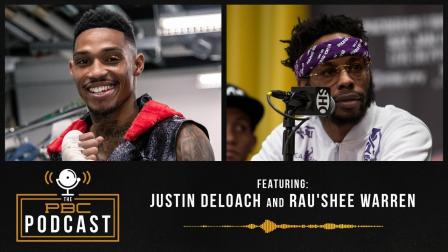 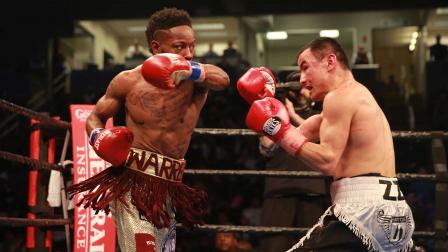 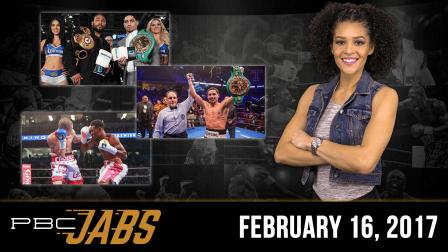 This Week on The PBC Podcast: Rau'shee Warren & Justin DeLoach

It's a story of redemption on this week's podcast as Warren, the former world bantamweight champion, and welterweight contender DeLoach discuss their ring return.

Boxing's only eight-division champion proves there is plenty left in his tank as he blitzes Broner to a unanimous decision win in his PBC debut at MGM Grand in Las Vegas.

Rau'shee Warren Javier Gallo by NC in Round 1 of 10

Rau’shee Warren is one of the most decorated amateur fighters in U.S. history, and the only boxer to make three U.S. Olympic teams. “Baby Pit” has continued to thrive as a professional, first winning a bantamweight title on his second attempt, and now seeking another world championship at 118 pounds.

A quick study in the ring

Rau’shee Warren can barely remember a time when he wasn’t involved in boxing. He took up the sport at the age of 6 in his native Cincinnati, and won his first amateur fight when he was 8.

At the age of 17, Warren surprisingly qualified for the 2004 Athens Olympics, representing the U.S. boxing team at 106 pounds.

He was the youngest boxer in the Games, and the youngest male athlete on the U.S. Olympic team, but his storybook run ended when he was beaten by China’s Zou Shiming in the first round.

Warren soon moved up to the 112-pound division, and won the U.S. championship in 2005 and 2006. He also won the bronze medal at the 2005 World Amateur Championships in Mianyang, China.

After being named USA Boxing’s co-athlete of the year in 2006, Warren repeated as U.S. champion in 2007, and also won the World Amateur Boxing Championships in Chicago, where he defeated Thailand’s Somjit Jongjohor.

Warren again qualified for the Olympics in 2008, becoming the first U.S. boxer to compete in two Olympic Games since Davey Lee Armstrong in 1972 and ’76, but again lost in the first round, dropping a controversial decision to South Korea’s Lee Ok-sung.

Warren elected to remain an amateur, and moved up to the 119-pound division. He reached the semifinals of the 2009 U.S. Nationals, but lost to eventual champion Jesus Magdaleno.

Warren won the 2011 U.S. Olympic trials to become the first American boxer to qualify for three Olympics, however, he failed to advance past the first round at the London Games when he lost a tight 19-18 decision to France’s Nordine Oubaali.

Early success as a professional

Soon after the 2012 Olympics, the 25-year-old Warren stepped up to the pro ranks, winning his debut in November 2012 with a four-round unanimous decision over Luis Rivera in Indio, California.

After running out to a 10-0 record, Warren passed the biggest test of his career in May 2014, when won a 10-round decision over Ricardo Alvarado in Las Vegas. Warren put Alvarado on the mat in the second and ninth rounds as he cruised to a 99-87 win on all three judges’ scorecards.

In December 2014, Warren’s tilt with Javier Gallo was ruled a no contest after an accidental head butt in the first round.

They met again in March 2015, and this fight also didn’t go past the first round as Warren gained a quick technical knockout to improve to 13-0 with four KOs.

On August 2, 2015, Warren fought for his first world title, facing WBA super world bantamweight champion Juan Carlos Payano at Full Sail University in Winter Park, Florida. The two undefeated repeat Olympians had tangled before in the amateurs and both were eager to settle the score.

Warren struck first, staggering Payano with a crushing right in the third round. Payano had his moments in a heated, see-saw affair. However, Warren lost a tremendous amount of momentum in the ninth when he was penalized for an intentional foul. The two-point deduction was assessed when referee Frank Santore ruled Warren pushed Payano to the ground and hit him while he was down.

It was still bombs away into the 12th round, when Warren doubled up on rights that finally put Payano on the mat. Undaunted, Payano immediately kick-flipped back to his feet and weathered the storm. One judge saw Warren winning 115-109 but the other two scored it 113-111 in Payano's favor.

A rematch was warranted. On June 18, 2016, they met again, this time at UIC Pavilion in Chicago, Illinois. This time, it was Warren's time.

Warren nearly stepped off the pedal too much late in the fight when Payano not only continued to outwork him, but also began to outland him, scoring with a series of right uppercuts in the ninth round to work his way back into the bout.

Warren seemed to be fading after Round 10, but he hurt Payano early in the 11th with a straight left that sent the champ to the ropes. Warren failed in his attempt to put Payano away during the round, but it was enough to hold off the Dominican champion’s late charge. The bout went to the cards where one judge had it 114-114 and the other two scored it 115-113 in Warren's favor.

Warren was now the first member of the 2012 U.S. Olympic team to win a professional world championship.

Warren suffered a letdown in his first title defense. On February 10, 2017, he took on the dangerous Zhanat Zhakiyanov at Huntington Center in Toledo, Ohio.

Fighting just 200 miles from his hometown of Cincinnati, Warren gained two first-round knockdowns to secure an early advantage. However, Zhakiyanov stayed the course as he wore down Warren over the late rounds and earned the championship via split decision.

Undeterred, Warren returned on July 29, 2017, moving down to 115-pounds to take on McJoe Arroyo at Barclays Center in Brooklyn, New York. Warren was in peak form, easily outboxing Arroyo to win a unanimous decision over the former world champion.

Warren fought only once in 2018, winning in eight-round unanimous decision over Juan Medina that April at Barclays Center in Brooklyn, New York.

On January 1, 2019, he fought for a world title when he took on former Olympic rival Nordine Oubaali for the vacant WBC bantamweight crown.

The two fought on even terms for the first half of the fight, eliciting ooh’s and ahh’s from the crowd when they exchanged on the inside. Oubaali was slightly quicker with his shots, buzzing Warren several times, particularly in the seventh, the most dominant round of the fight.

Warren allowed Oubaali to take control midway through the fight and tried coming on in the championship rounds, but ultimately came up short. Oubaali won a unanimous decision by scores of 117-111, 116-112, and 115-113.

On February 15, 2020, Warren placed himself in position for another world title by dominating Gilberto Mendoza and winning a 10-round unanimous decision at Bridgestone Arena in Nashville, Tennessee.