Statistics indicate Santa Cruz-Frampton will be classic clash of styles

Whenever a fighter enters the squared circle, his primary goal is always the same: Hit and don’t get hit. It’s obviously easier said than done—unless you’re Leo Santa Cruz and Carl Frampton.

Not just a high-volume puncher, Leo Santa Cruz has also proven to be remarkably accurate, as he's connected with 33.1 percent of his punches over his last eight fights—way above the average of 16.9 percent (Suzanne Teresa/Premier Boxing Champions)

The two undefeated boxers—who will meet for Santa Cruz’s 126-pound world championship Saturday at Barclays Center in Brooklyn, New York (Showtime, 9 p.m. ET/6 p.m. PT)—have statistically shown in their last handful of bouts to be among the top offensive and defensive fighters in the world.

In fact, Santa Cruz fires nearly as many power punches per round (53.9) as the average fighter throws total punches.

But wait, there’s more: When it comes to boxing’s most important metric that for years was dominated by Floyd Mayweather Jr.—plus-minus connect percentage, in which an opponent’s connect percentage is subtracted from a fighter’s—Santa Cruz comes in at plus-15.8 over his last nine contests.

Not to be outdone, Carl Frampton (22-0, 14 KOs) has few peers when it comes to throwing jabs and defending power shots.

The former 122-pound champ from Northern Ireland fired his jab 34.3 times per round in his last six contests, which trails only 126-pound champion Jesus Cuellar in average number of jabs thrown.

Most importantly, the threat of the jab has helped the 5-foot-5 Frampton avoid his opponents’ most lethal shots: He was tagged with just 29.2 percent of the power punches thrown at him over his previous six bouts.

Frampton’s defense will have to be on-point come Saturday, seeing that Santa Cruz has landed nearly 47 percent of his power shots over his last eight fights.

In other words, with the offensive-minded Santa Cruz facing the defensively gifted Frampton, this one has all the makings of a classic chess match.

For complete coverage of Santa Cruz vs Frampton, visit our fight page. 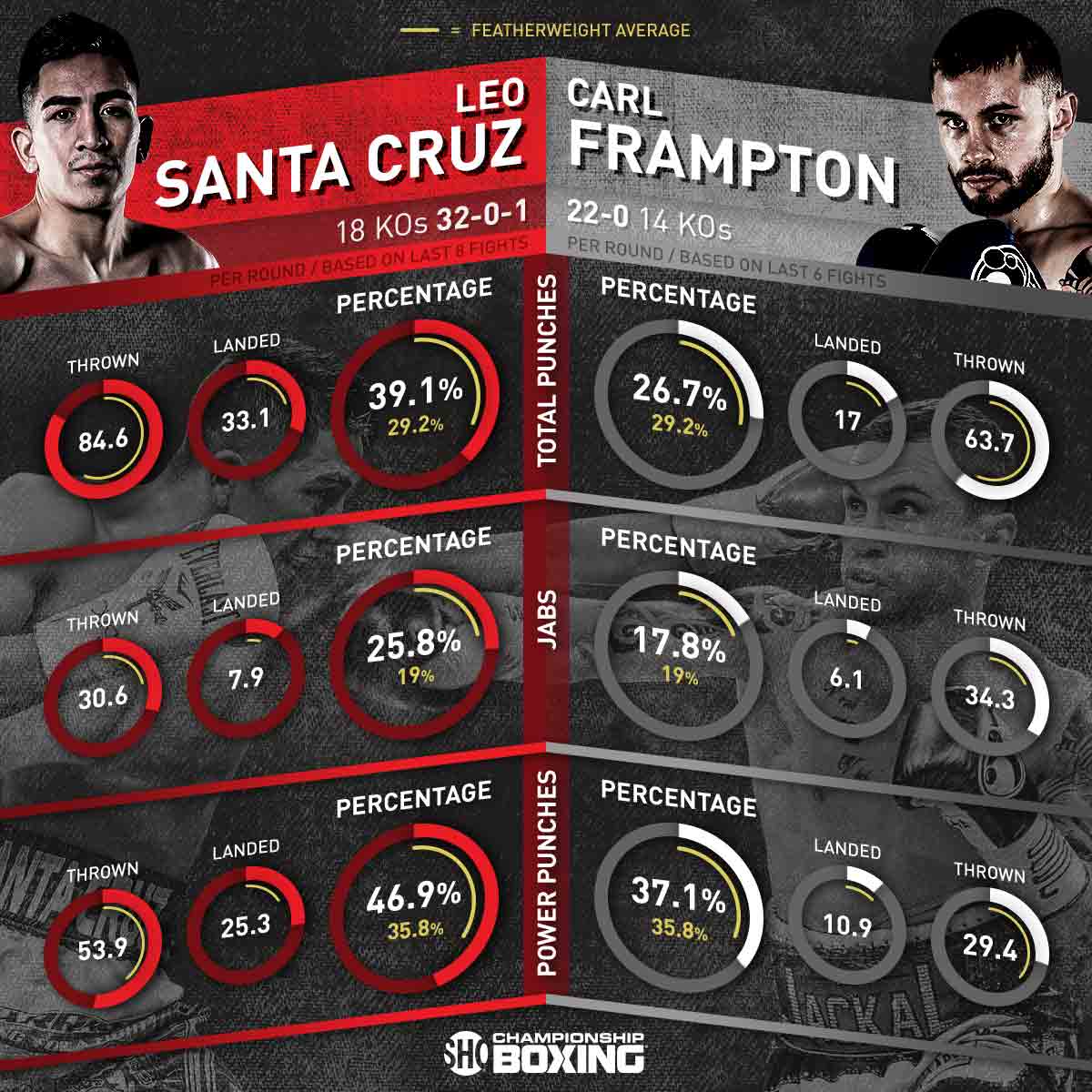 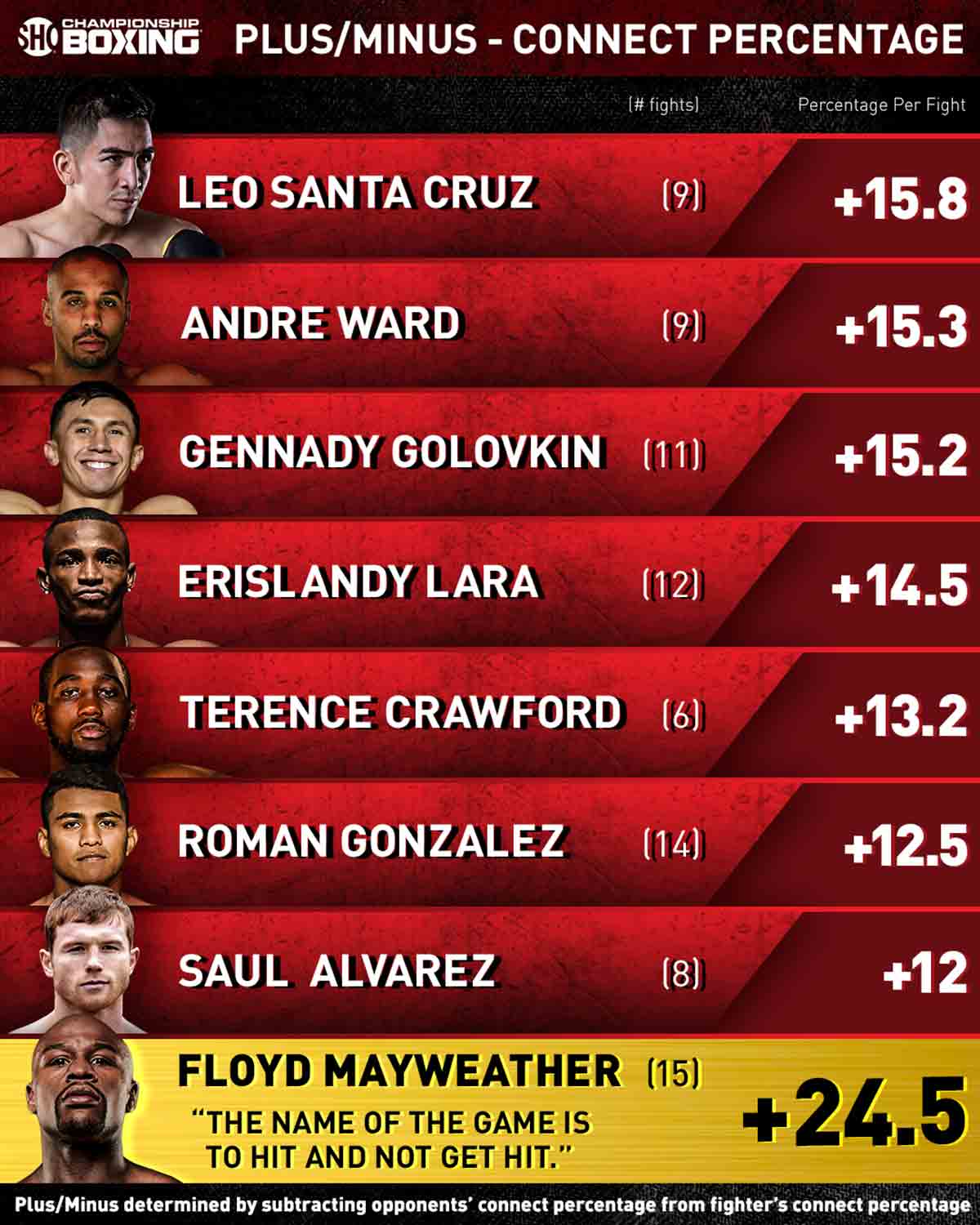 1
The 10 Hardest Punchers in Heavyweight History
2
The PBC Podcast: Mark Magsayo, Jose Valenzuela and More
3
Is Mark Magsayo The Next Great Filipino Boxer?
4
Manny Pacquiao returns to the U.S. to defend his welterweight title vs Adrien Broner Jan. 19 on Showtime PPV

A closer look at the future Hall of Famer's greatest moments ahead of his ring return versus Keenan Carbajal in what promises to be another war Saturday night on FOX Sports PBC pay-per-view.