Unbeaten heavyweight Frank Sanchez is quickly rising through the rankings as he seeks to become the first world heavyweight champion from Cuba. Read Bio 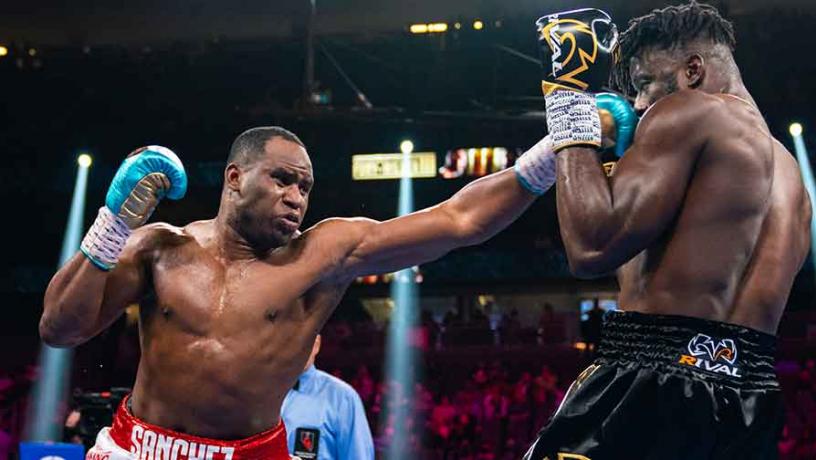 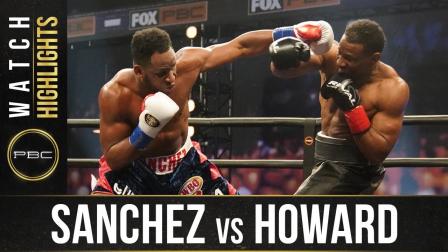 The undefeated heavyweight prefers to do his talking with his fists when he meets hard-hitting Efe Ajagba Saturday night on the Fury-Wilder 3 undercard, live on pay-per-view.

Luis Ortiz blows out Alexander Flores in One Round

The long-time heavyweight contender makes short work of his opponent Saturday night on FOX PBC Fight Night as he eyes the bigger names in the heavyweight division.

Frank Sanchez Lamont Capers by NC in Round 2 of 6

Undefeated heavyweight Frank Sanchez is bringing the Cuban School of Boxing to the heavyweight division. The technically sound boxer-puncher is fast moving toward world title contention and impressing in the process.

Frank Sanchez is the youngest of four Guantanamo, Cuba-born siblings, three of which are boys. Sanchez dealt with his rough upbringing by entering a boxing gym at the age of nine.

“We had little money, and boxing was something that I liked right away as a means of escaping the world outside of the gym,” said Sanchez.

He went 214-6 as an amateur, later becoming a Cuban national champion in 2015 with a victory over 2017 AIBA world champion Erislandy Savon. “I beat Savon twice before he went to the Olympics, but because of politics, they sent him instead of me.”

The 6-foot-4 Sanchez’s strong desire to become a professional fighter led him and older brother and former fighter, Martinez, to defect in 2016. The siblings boarded a hover boat for Mexico and, eventually, Miami before heading to Las Vegas.

“I got to Miami before going to Las Vegas,” said Sanchez. “Everyone was telling me that if you want to be a great fighter, then Las Vegas was the place to do it.”

Sanchez turned pro with a 92-second knockout of John Thorton in September 2017. He fought nine times in 2018, winning them all and stopping seven of those opponents.  He earned the nickname, “The Cuban Flash,” for his speed and relative size disadvantage against larger foes.

Sanchez went 4-0 with three knockouts in 2019, halting southpaw Will Jake Jr. (January), Jason Bergman (July) and Puerto Rican Olympian Victor Bisbal (August) in the second, second and fourth rounds, respectively. He weighed a career-high 223 pounds for a 10-round unanimous decision victory over Jack Mulowayi in October.

Bisbal had suffered back-to-back fifth-round stoppage losses to repeat title challenger Dominic Breazeale and contender Magomed Abdusalamov in March 2013 and 2015. But neither had gotten Bisbal out of there swifter than Sanchez, who ended Bisbal’s two-fight knockout streak on the undercard of 154-pound Cuban southpaw champion Erislandy Lara’s second-round knockout of Ramon Alvarez.

“Bisbal had a great pedigree so that was a tremendous victory for me,” said Sanchez, whose co-managers are Mike Borao and Lupe Valencia. “Plus, with Erislandy fighting, that was a great opportunity to showcase my skills and to be seen by everybody on prime time television."

Sanchez used his superior jab, movement, skills and combination punching to Dawejko off-balance and unable to fight his fight.

“I didn't want to fight Dawejko's fight, and he realized that and it frustrated him,” said Sanchez, who was out-weighed by nearly 25-pounds by the 247-pound Dawejko.

“I was well prepared and I thought I fought very well tonight. I dominated the fight. He might have thought he's faced guys like me, but there's no other heavyweight like me. I'm going to continue to advance in my career and hopefully we get an even bigger fight next.”

Ever the gym rat, Sanchez continued to put work in the gym with renowned trainer Eddy Reynoso, who also trains Saul "Canelo" Alvarez. The work in the gym was apparent on November 7, 2020, when Sanchez took on Brian Howard. Howard was noted for his power-punching but it was Sanchez who flashed his pop on this night, knocking Howard down three times on his way to a fourth-round stoppage win.