Hard-hitting Roiman Villa (26-1, 24 KOs) storm back on the scorecards by dropping the previously unbeaten Rashidi Ellis (24-1, 15 KOs) twice in the 12th and final round to win a thrilling majority decision in their IBF Welterweight Title Eliminator. 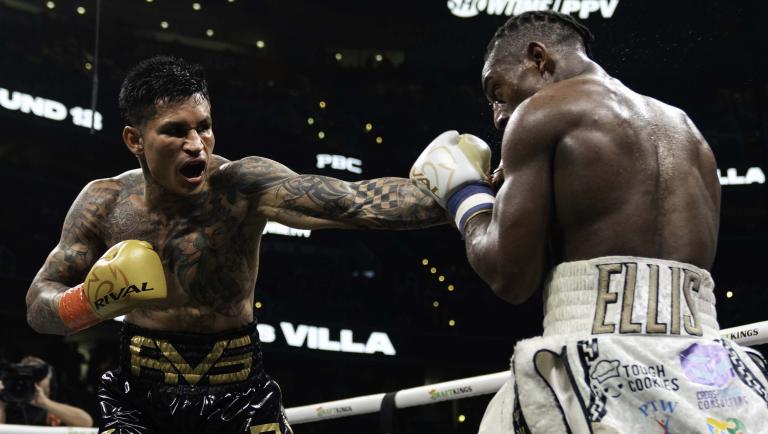 Down on two cards entering the final round, a relentless Villa broke through against a tiring Ellis and landed a bruising left hook that sent Ellis down early in the 12th. Ellis worked valiantly to stay on his feet and see the final bell, but suffered a second knockdown with 30 seconds left in the fight.

“He was a tough fighter,” said Villa. “He moved a lot. He does hit hard. The first couple rounds I was a little tight but then I got loose. I was on top of him from the first round. I know that fighters such as him who are quick sooner or later will get a little tired and that’s what I took advantage of.”

After Ellis won the first five rounds on all three cards, Villa began to gain momentum through the middle frames and swept the final four, including the fight-changing 12th. While Ellis out-jabbed Villa by a staggering 164 to 13 margin, the power punch disparity was just 103 to 101 in favor of Ellis. In round nine through 12, Villa held a 58 to 24 lead in power punches landed.

The bout was contested at close quarters throughout, with Villa pressing the action while Ellis was content to sit back and fire counters. Included in those counters were a consistent effort to target Villa’s body, as he held a 53 to 10 edge in body shots.

“My corner told me to knock him down in the 12th round,” said Villa. “I couldn’t do it on the first try but I kept going. I thought he just fell on the last knockdown so I wasn’t sure if it was a knockdown. But if they want the rematch we’ll give them the rematch.”
Following the judges’ ruling, Ellis stated his belief that he had won the fight and his desire for an immediate rematch.