Welterweight contender Rashidi Ellis hails from a family of elite fighters and is out to prove he has the skills and talent to become a world champion in the 147-pound division. Read Bio 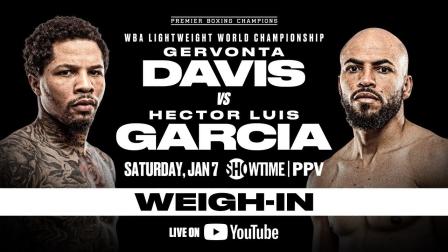 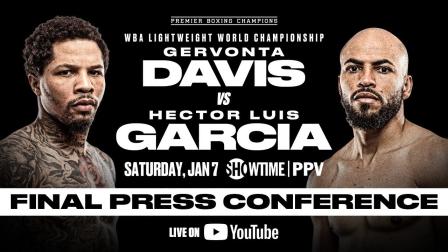 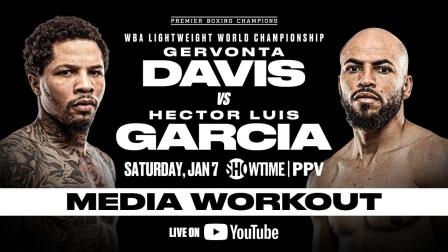 Davis continues to stake his claim as the face of boxing, stopping the game Garcia to successfully defend his WBA World Lightweight Title Saturday night on Pay-Per-View.

The undefeated welterweight title aims to deliver a standout performance against the dangerous Roiman Villa Saturday night on the Davis vs. Garcia SHOWTIME Pay-Per-View.

Ellis takes aim at the welterweight division and Scott says we haven't seen the best of Deontay Wilder yet in this week's stacked episode.

Ultra-talented welterweight contender Rashidi Ellis hails from a family of elite fighters. "Speedy" is out to capture a world title in the stacked 147-pound division and prove that he ranks among the very best in the sport today.

It was all a dream, as one famous rapper said. It began with the Ellis siblings and the friends of elder sibling, Ronald, holding boxing bouts in the basement of their home.

“The first person was my older brother, Ronald. Him and his friends used to always talk about boxing,” Rashidi Ellis said. “They boxed in the basement. We didn’t have boxing gloves. We used mittens. I fell in love with boxing and I wanted to get better.”

The Ellis’ developed into a family of boxers, with Ronald, 32, becoming a super middleweight contender, and Rashidi, 26, a 2020 Olympian.

Rashidi went 60-11 as an amateur, winning Silver Medal at the Independent Cup in The Dominican Republic, where he lost a close bout to 2012 Olympic gold medalist Roniel Iglesias.

“We’re all different with our own styles,” said Rashidi, who also played football for Lynn Tech and participated in karate. “I admired a lot of fighters, but the ones who stick out are Roy Jones and Prince Naseem Hamed. They made it seem like a lot of fun.”

“I belong in the welterweight division, but I also felt great at 154,” said Ellis following his fifth-round TKO of Joseph De los Santos at 154 pounds in November 2014. “De los Santos was strong. He came very well prepared, but I also took advantage of my speed.”

Ellis stopped Victor Gonzalez by fourth-round TKO in March 2015, and, in 2016, won eight-round unanimous decisions over Marco Antonio Lopez (May) and Luis Hernandez (July) followed by a 79-second stoppage of Eddie Gomez (December).

Gomez was floored twice during a huge victory for Ellis.

“It’s been a long time since I was able to get a knock out in the first round. I told my team I was going to win and I entered with confidence,” Ellis said. “When I landed that first jab, I felt an urgency. I could see it in his eyes that he knew I was going to win. I feel like I can take anyone.”

Ellis’ 10-round majority decision over John Karl Sosa (April) in 2017 preceded a 2018 comprising a fourth-round TKOs of Fidel Monterrosa Munoz (March), a 10-round unanimous decision over Alberto Mosquera (June) and a seventh-round TKO of Saul Corral (October).

A 10-round unanimous decision in a November 2019 rematch with Gomez raised Ellis’ record to 22-0 (14 KOs), setting him up for his most impressive career victory - an October 2020 unanimous decision over hammer-fisted southpaw Alexis Rocha, who entered at 16-0 (10 KOs).

“It’s like a breath of fresh air. I finally get to get back into the groove and do what I like to do. It was very frustrating, especially being in the gym and not knowing when you were going to fight next. I want the best in the welterweight division,” said Ellis.

Ellis returned on January 7, 2023 against the hard-hitting Roiman Villa in front of a packed crowd at Capitol One Arena in Washington, D.C., live on SHOWTIME Pay-Per-View. The two produced an early candidate for Fight of the Year as Villa stormed back on the scorecards by dropping Ellis  twice in the 12th and final round to win a thrilling majority decision in their IBF Welterweight Title Eliminator. One judge scored the fight 113-113, but was overruled by two 114-112 tallies in favor of Villa.

Down on two cards entering the final round, a relentless Villa broke through against a tiring Ellis and landed a bruising left hook that sent Ellis down early in the 12th. Ellis worked valiantly to stay on his feet and see the final bell, but suffered a second knockdown with 30 seconds left in the fight.

After Ellis won the first five rounds on all three cards, Villa began to gain momentum through the middle frames and swept the final four, including the fight-changing 12th. While Ellis out-jabbed Villa by a staggering 164 to 13 margin, the power punch disparity was just 103 to 101 in favor of Ellis. In round nine through 12, Villa held a 58 to 24 lead in power punches landed.

Following the judges’ ruling, Ellis stated his belief that he had won the fight and his desire for an immediate rematch.