“I learned to just take my time and to not rush anything,” said Ennis. “I’m glad I went 12 rounds. It felt great. I felt I was in the best shape. I just needed to throw a little more punches. I should have got him out of there.” 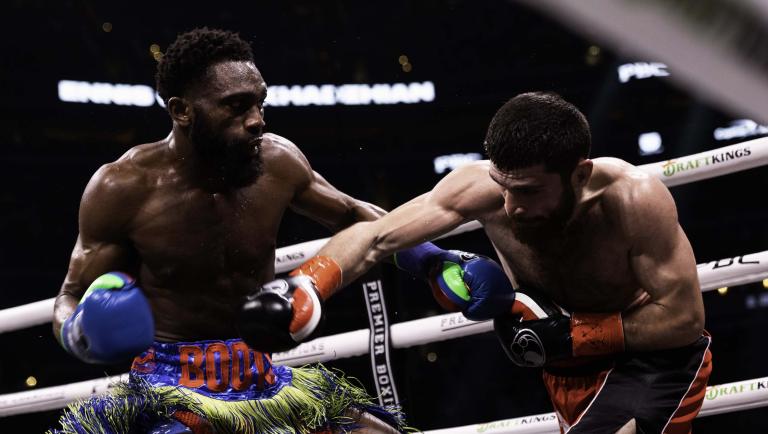 Philadelphia’s Ennis moved himself one step closer to a world title opportunity against the cagey and evasive Chukhadzhian. The Ukrainian showed deft footwork throughout the fight, never staying in the pocket long enough for Ennis to put combinations together while landing the occasional counter.

“He ran a lot,” said Ennis. “Hats off to him since a lot of guys didn’t want to fight me. So shout out to him for coming here and taking this fight.”

“He had a different level of speed than I’m used to,” said Chukhadzhian. “I don’t make any excuses though. I wish I could have done more to hurt him.”

Ennis remained patient through the championship rounds, as he tried in vain to break down his backpedaling opponent before settling for the decision. With the interim title in tow, Ennis set his sights on unified IBF, WBA and WBC Welterweight Champion Errol Spence Jr.

“Everyone knows I want Spence,” said Ennis. “I’ll keep waiting until the time is right and Spence is ready to take the fight.”