Jacobs wins by TKO in Round 12

In a largely defensive battle, Jacobs controlled the action with superior footwork and accurate punching, and earned a stoppage victory in the 12th round.

In a largely defensive battle, Daniel Jacobs earned a 12th round stoppage victory after controlling the pace throughout the fight. Caleb Truax was never able to summon much of offensive attack as Jacobs circled him, firing off precision punches at will. 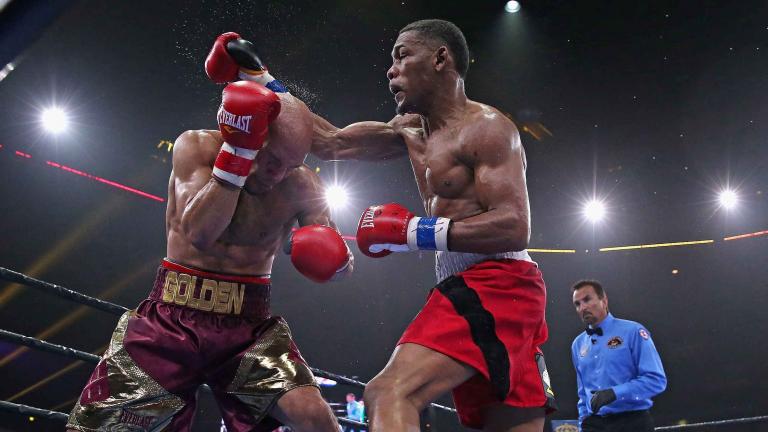 Daniel Jacobs gained a last-minute TKO over Caleb Truax in Round 12.

The action was measured until the last few rounds of the fight, when Truax, trailing widely on the cards, began to throw more only to be countered violently by Jacobs, who hammered his way to a TKO win in the fight’s final round. 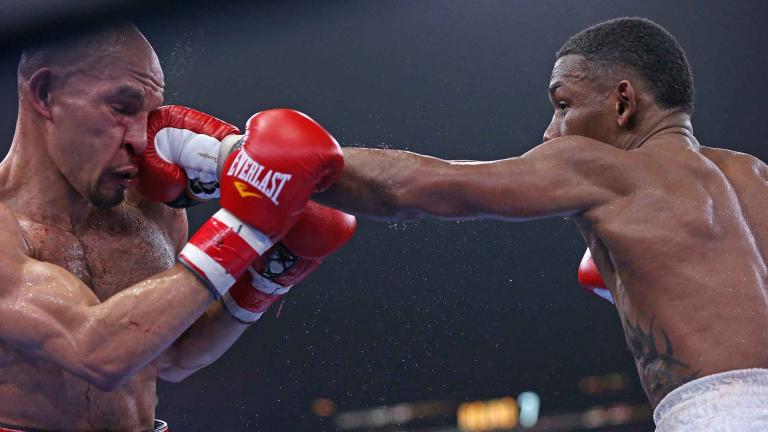 Daniel Jacobs used to call himself the “Golden Child,” a nod to his potential as a young fighter whose future sparkled like something you’d find encased in glass at Zales. But then, due to circumstances in and out of the ring, that luster faded and the glimmer dimmed. And so for Jacobs, it was all about finding that shine once more. In 2015, he not only shined, he was electrifying.

Daniel Jacobs is talking about reading his opponent’s face like a book, with blood and swelling in place of words. It told him that this particular story was over.

It was a long, slow burning fuse that eventually led to a 12th-round detonation.