The aggressor throughout, Garcia ground down Stevenson and came out ahead on all three cards. 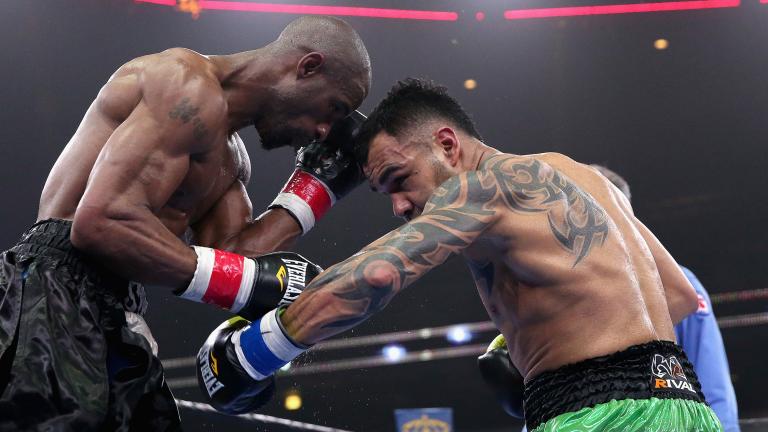 Stevenson came out aggressive in the first and landed a vicious uppercut to put Garcia on the mat less than a minute into the round, but the flash knockdown didn’t faze Garcia as he battled back to take clean control of the fight.

The aggressor throughout, Garcia ground down Stevenson until the latter kept a wide berth in the eighth and final round rather than try to battle his way back into the contest.

James Stevenson came out and knocked down Roberto Garcia in the first round with a nasty uppercut. He should have kept up the pressure.

World champions Anthony Dirrell and Daniel Jacobs made weight in advance of their Friday night title defenses, as did their opponents, but not without incident.

Recovered from health scare, Roberto Garcia goes back on the attack

Last month, Roberto Garcia was supposed to battle Shawn Porter. He ended up warring with his own body instead.