Coming into April 24’s fight at the UIC Pavilion in Chicago, the lone blemish on Anthony Dirrell’s record was a split draw with Sakio Bika in their first meeting.

Challenger Badou Jack handed Dirrell his first full-fledged loss with a majority decision that saw the 31-year-old Swede control the fight through the middle rounds, relying on a strong jab and a confident aggression to outpoint Dirrell. 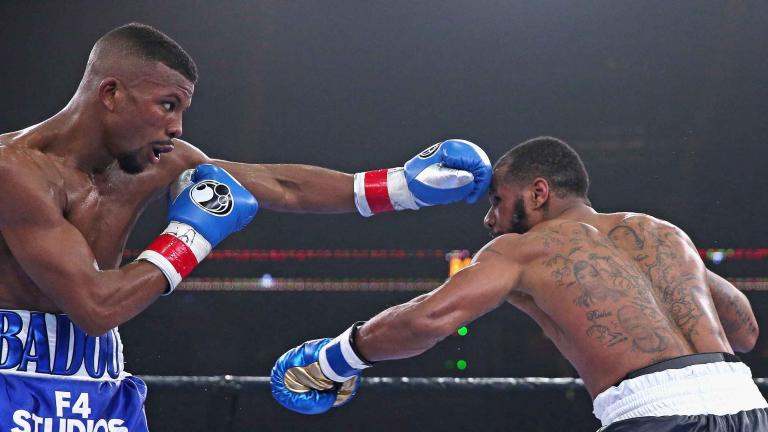 The bigger puncher, Dirrell couldn’t get off that one big shot to stagger Jack, instead spending the night throwing counters that, in the end, narrowly came up short.

This Week in Boxing History: April 24-30

This week in boxing history, PBC celebrates a three-division titleholder, recalls the crowning of a super middleweight champion, highlights a title defense by “The Hitman,” marvels at a Knockout of the Year and honors a blood-stained Fight of the Year.

Battling Badou Jack over the course of 12 rounds last Friday night at the UIC Pavilion in Chicago, Anthony Dirrell knew he had to dig in late in the fight if he was going to have a shot to pull out the win.

Badou Jack set the tempo against Anthony Dirrell at 1:56 of the second round Friday night, when a jab to the body by “The Ripper” preceded a head-swiveling right hand three seconds later.