Dirrell (29-1-1, 23 KOs) floored Truax (26-3-2, 16 KOs) twice in the opening round on his way to a sensational first-round technical knockout at Taj Mahal Casino Resort in Atlantic City, New Jersey.

Fighting before several relatives from his native Flint, Michigan, Dirrell showed he’s still very much a factor in the ultra-competitive 168-pound class. He came out boxing behind his jab, then saw an opening midway through the opening round, pouncing on Truax with a three-punch combination. The final blow—a left hook—sent Truax to the canvas.

A native of Osseo, Minnesota, Truax made it to his feet, but he didn’t stay upright for long. This time, it was Dirrell’s vicious overhand right to the jaw that toppled his opponent. As Truax fell to the canvas on his back, referee Harvey Dock stepped in and waved an end to the bout at the 1:49 mark.

While Truax lost for the second time in three contests, Dirrell won his second in a row, following September’s unanimous-decision victory over former 160-pound title challenger Marco Antonio Rubio. That came on the heels of Dirrell’s majority-decision loss to Badou Jack in April 2016—a defeat that cost Dirrell his crown in his first title defense. 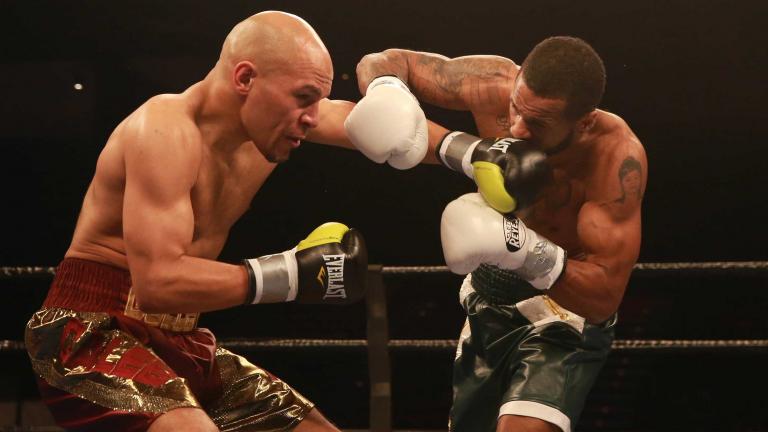 Brothers in arms: Andre and Anthony Dirrell refuse to rest until both are kings of the ring

Long ago, Leon “Bumper” Lawson made two predictions about his grandsons, Andre and Anthony Dirrell: that they would become top amateur fighters and, one day, world champions. The brothers made good on the former prophecy and are working doggedly to bring the latter to reality—and soon.

Man on a mission: As he preps for Caleb Truax, Anthony Dirrell is determined to regain his 168-pound title

Anthony Dirrell was confident of winning his first 168-pound championship defense last April against Badou Jack, a man who was two bouts removed from a 61-second stoppage loss to unheralded Derek Edwards.