Andre Dirrell figured to be a bit rusty Friday night following a nearly yearlong ring absence. Sure enough, the Flint, Michigan, native took a knee after getting caught with a sneaky shot from fellow southpaw Blake Caparello.

It turned out to be the only adversity Dirrell would have to overcome.

A two-time title challenger, Dirrell (25-2, 16 KOs) shook off the flash knockdown and went on to dominate his Australian opponent in a 169-pound contest at Taj Mahal Casino Resort in Atlantic City, New Jersey.

Dirrell, a 2004 Olympic Bronze medalist, won every round but the second on all three cards, prevailing by a trio of scores of 98-91.

Back in the ring for the first time since losing his world title to James DeGale by unanimous decision last May, Dirrell got clocked by Caparello (22-2-1, 6 KOs) late in the second round and hit the deck. From there, however, it was Dirrell who dictated the action.

Applying pressure through the middle rounds, the Flint, Michigan, native frequently pinned Caparello on the ropes, connecting with calculated shots while remaining wary of the wild right hooks and left hands the Australian's corner implored him to land.

Aware that he had fully regained control of the fight, the 32-year-old Dirrell switched from puncher to boxer during the latter rounds. In the end, he had little trouble ending Caparello’s three-fight winning streak and handing the 29-year-old his second professional defeat. 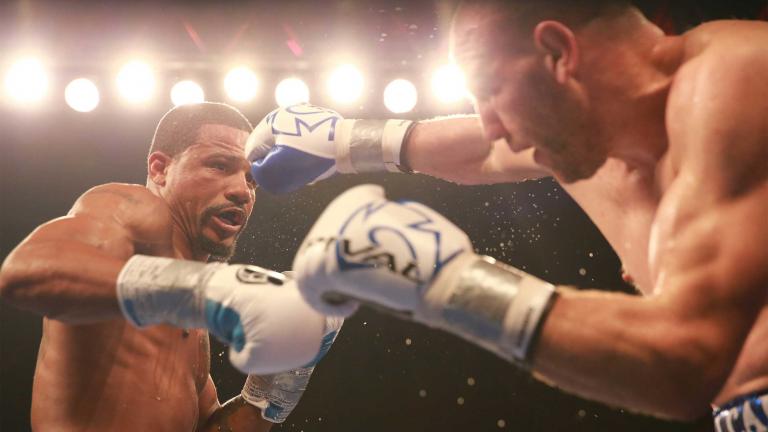 Andre Dirrell figured to be a bit rusty Friday night following a nearly yearlong ring absence. Sure enough, he took a knee after getting caught with a sneaky shot from fellow southpaw Blake Caparello in Round 2.

Brothers in arms: Andre and Anthony Dirrell refuse to rest until both are kings of the ring

Long ago, Leon “Bumper” Lawson made two predictions about his grandsons, Andre and Anthony Dirrell: that they would become top amateur fighters and, one day, world champions. The brothers made good on the former prophecy and are working doggedly to bring the latter to reality—and soon.

Having put a tough loss behind him, a revitalized Andre Dirrell eagerly looks to the future

Andre Dirrell was understandably dejected following his narrow loss to England’s James DeGale on May 23 in a fight for a vacant 168-pound world title.