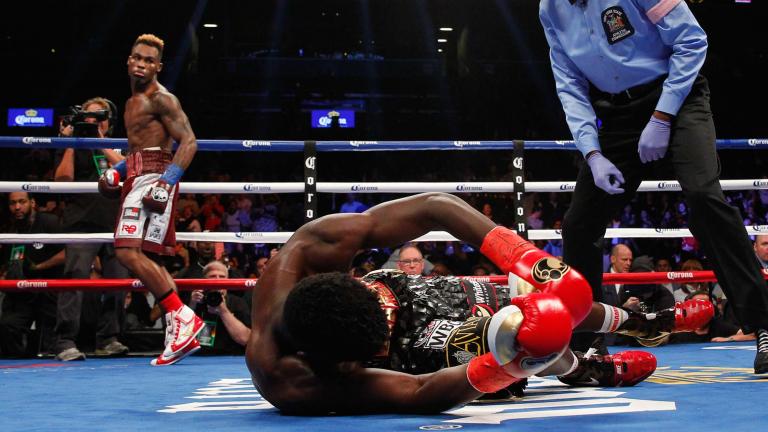 No one saw it coming. It was fast, devastating and shocking. If you blinked, you missed it. Jermell Charlo (30-0, 15 KOs) slugged Erickson Lubin (18-1, 13 KOs) with unbelievable torque, leaving the highly regarded Lubin in a heap on the canvas at 2:41 of the first round. Referee Harvey Dock never bothered counting.

Entering the fight, some thought Lubin was taking too big of a step in fighting someone as experienced in Charlo. Maybe it was. Lubin moved to his left trying to move from a Charlo left jab. Consequently, Lubin was down and bent over when disaster struck in the form of a Charlo right uppercut.

Lubin immediately fell. Dock looked down and waved it over. The fight was over.