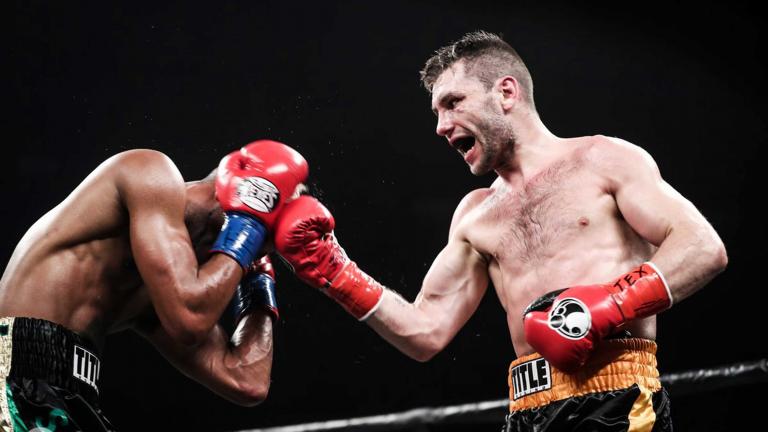 In a rematch of one of 2017’s best and most controversial fights, Kiryl Relikh handed former two-division world champion Rances Barthelemy the first loss of his career with a wide unanimous decision victory to capture the vacant WBA Super Lightweight World Championship.

Relikh (22-2, 19 KOs) was the more active fighter and controlled the co-main event of the SHOWTIME CHAMPIONSHIP BOXING telecast from the opening bell, throwing 1,237 total punches compared to just 494 for Barthelemy. Relikh, who many thought won their first matchup, consistently worked off his jab, connecting on 103 punches per round while Barthelemy landed an average of just 41.

While Barthelemy (26-1, 13 KOs) won a disputed and wide decision in their first bout there was no controversy in the judges’ scorecards in the rematch, which was scored 117-110 and 118-109 twice.

“Last time I was not ready,” Relikh said. “I didn’t have proper preparation in the first fight but this time, with my new trainers, I was ready. I’m very happy. I’ve waited for this dream for 20 years.  I’ve worked hard for this dream and now it’s mine.”

Barthelemy, who picked up the pace a bit in the final three rounds, didn’t dispute the decision.

"My heart is broken because I came in to this fight trying to get that third world title,” Barthelemy said. “I have to admit defeat and say that Relikh deserved to win that fight, but I will be back.”

The scorecards might have suggested otherwise, but Mikey Garcia certainly had to earn his way into the boxing history books Saturday night as previously unbeaten Sergey Lipinets proved to a formidable champion of his own.

Despite winning the first match by convincing margins on the judges' scorecards, Rances Barthelemy wants to make an emphatic statement tomorrow night when he looks to become the first Cuban boxer to win world titles in three different weight classes.

Two-division world champion talks about his 140-pound rematch with Kiryl Relikh this Saturday night on Showtime, having the opportunity to make Cuban boxing history and moving up to even bigger weight classes.