Rau'shee Warren outboxed Juan Carlos Payano in a 118-pound title rematch and dethroned the champion in a majority decision.

Rau’shee Warren didn’t score the overwhelming victory he was seeking in his 118-pound title rematch with Juan Carlos Payano, but it was enough to earn the three-time U.S. Olympian a world championship.

After waiting 10 months to get his second shot at the title, Rau’shee Warren dethroned Juan Carlos Payano in a majority decision in a bout that was closely contested, but far less contentious than their first meeting.

Payano won a split decision last August in a bloody, physical, foul-filled contest, but it was Warren who controlled the first half of the rematch before holding on late to win by scores of 114-114 and 115-113 twice.

Warren, the only boxer to represent the United States in three Olympics, became the first member of the 2012 U.S. Olympic team to win a professional world championship.

Warren slowed his output and let Payano back into the fight during the late rounds as the champion not only continued to outwork him, but also began to outland him, scoring with a series of right uppercuts in the ninth round as he continued to close the gap.

After Warren seemed to be fading in the 10th, he rebounded in the 11th and hurt Payano early in the round with a straight left that sent the champ to the ropes. While Warren failed in his attempt to put Payano away that round, it was enough to hold off the Dominican champion’s late charge. 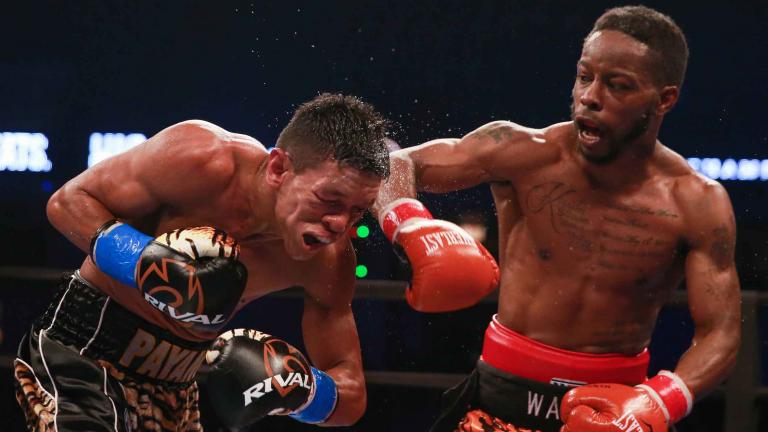 This isn’t the first time Rau’shee Warren and Juan Carlos Payano have tangled.

Premier Boxing Champions will begin delivering even more knockouts next month with the debut of “PBC – The Next Round” on Bounce TV, which will showcase the sport’s rising stars and future champions.