An early stoppage due to a cut over Andres Gutierrez's left eye resulted in a victory by technical decision for Abner Mares after 10 exciting rounds.

An early stoppage due to a cut over Andres Gutierrez's left eye resulted in a victory by technical decision for Abner Mares after 10 exciting rounds. 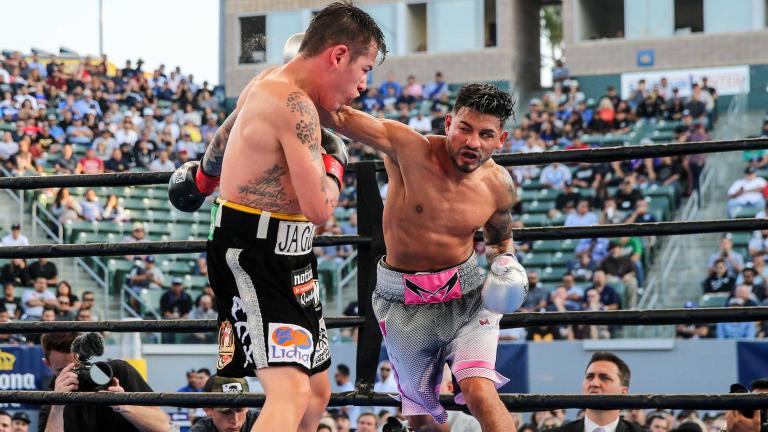 The initial reaction suggested that 2004 Mexican Olympian and three-division world champion Abner Mares had produced a stoppage win. The bout was halted due to a cut over Gutierrez’ left eye that gushed from round two onward, a testament to the level of commitment put forth by Mares, who knew when to slug and when to box over the course of their featherweight title fight.

The wound served as a bullseye and only worsened over the course of the contest. Gutierrez did his best to make a fight of it, but would only earn points for his bravery and durability as he never hit the deck.

He did, however, hit a wall as referee Jack Reiss decided in round ten that the cut was severe enough to require medical attention. The ringside physician offered a brief examination before deciding the 24-year old from Mexico was no longer fit to continue. Because it was determined the cut worsened from a clash of heads, though, the bout went to the scorecards.

Mares was denied a stoppage victory, but scores of 99-91 (twice) and 100-90 declared him winner and still champion.

It may not have been the finish he preferred, but still enough of a statement sent to the opponent he really wanted on this evening.