Fiodor Czerkaszyn retained his unblemished record, improving to 21-0 following a dominating unanimous decision victory over Nathaniel Gallimore in their 10-round middleweight bout.

It was all Fiodor Czerkaszyn (21-0, 13 KOs) in the telecast opener, a fight in which the talented and undefeated middleweight raised his stock even further with an impressive unanimous decision over seasoned veteran Nathaniel Gallimore (22-6-1, 17 KOs). 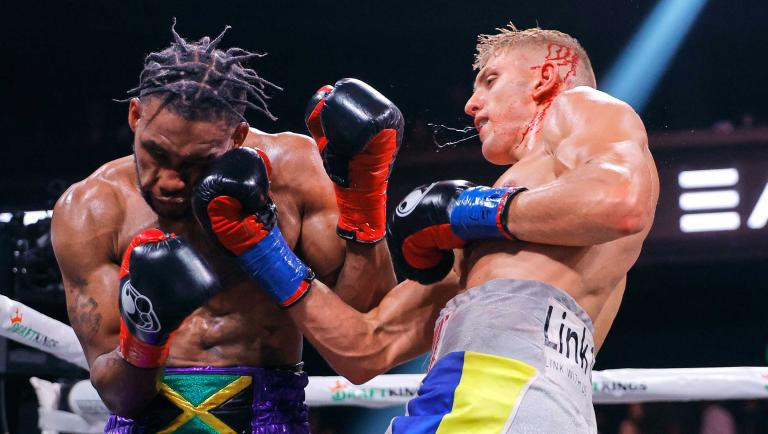 “I felt in this fight I controlled him,” said the Ukrainian-born Czerkaszyn, who now fights out of Poland. “He is very fast and he wanted to catch me with a hard punch, but I wanted to feel the distance. It’s my style. I like to punch like that, fast and sometimes throw a strong punch.

Making his SHOWTIME debut, Czerkaszyn made a good first impression by displaying a wide range of skills during the course of the 10-round destruction. The 26-year-old landed 53 percent of his power punches and held a sizeable 59-6 advantage in body punches landed. Coming off a career-long layoff of 16 months and making his debut at 160 pounds, Gallimore didn’t pose enough of an offensive threat, landing just 24 percent of his power punches, but showed heart and toughness to last all 10 rounds.

“I started a little slow in there tonight,” said the Jamaican-born Gallimore, who now fights out of Chicago. “I couldn't get my combinations going. He outworked me and they gave him the fight. That's just how it is. It wasn't my night. He never had me hurt in the fight. He did hit me with some good shots, but I wasn't hurt or worried at any point that I couldn't continue.”

With two consecutive wins in the United States after fighting exclusively in Europe, Czerkaszyn is eager to keep the momentum going stateside.

“I’m ready for the big stage,” he said. “Give me world title preparation, because I only had three weeks before this fight. But this was my chance. This is my step forward. I will be back.”