Perhaps he forgot to pack his rabbit’s foot or walked under a ladder en route to the ring. Whatever the case, Wale “Lucky Boy” Omotoso’s good fortunes ran out when he ran into Sammy Vasquez Jr.

Working methodically behind a quick, stiff jab, Vasquez dictated the fast pace of the fight early on, firing off combinations and styming Omotoso’s offense by smothering him with punches in the center of the ring.

Omotoso started generating momentum for himself in Round 4, when he nailed Vasquez with a stiff uppercut after eating a flurry of combinations and then landing a strafing right moments later.

The action really heated up in Round 8, when Vasquez and Omotoso stood toe-to-toe and savaged each other with combinations, Vasquez’s face turning into a bloody mess.

Vasquez proved he has a good chin, taking a massive right hand from a fighter who’s known for his knockout power.

Ultimately, Vasquez’s frenetic offense proved to be too much for Omotoso, as Vasquez won a unanimous decision (98-92 on all three judges’ scorecards). 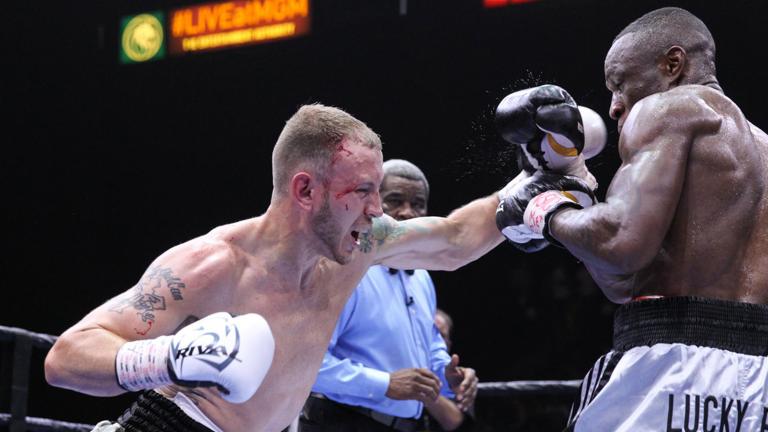 Fighting in his third weight class in as many fights, Rances Barthelemy showed no signs of any growing pains at all. And after an impressive walk over Antonio DeMarco on Father’s Day at the MGM Grand Garden Arena in Las Vegas, that could be a scary proposition for the rest of the 140-pound division.

Wale Omotoso’s American debut initially was an inauspicious one.

It was a small gesture from a large man, a relationship born over a pack of bubble gum.