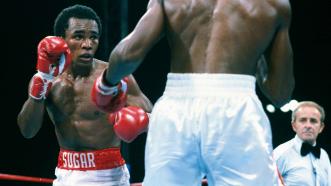 During his lengthy career, Sugar Ray Leonard battled many of the biggest names in boxing as he won world titles in five weight classes. With Leonard set to give ringside analysis Saturday night during NBC’s live coverage of a Premier Boxing Champions doubleheader featuring Danny Garcia vs Lamont Peterson, and Andy Lee vs Peter Quillin, the Hall of Fame fighter looked back at some of his most memorable moments.

1
The 10 Hardest Punchers in Heavyweight History
2
Carlos Adames Sees a Light at the End of the Tunnel
3
Carlos Adames: This is A Golden Era For Dominican Boxing
4
The "Danny Garcia Show" is Back! Garcia Beats Jose Benavidez Jr.
5
Five Fighters On The Rise For 2022