Thurman was rocked by a body shot in Round 5 but remained unbeaten when Collazo's corner stopped the fight after Round 7.

Keith Thurman powered his way to a bloody TKO victory at Tampa’s USF Sun Dome in his first homecoming fight in more than five years.

Thurman dictated the pace early as Collazo measured his opponent, throwing few punches. But in Round 3, Collazo began to come forward in an attempt to jump-start his offense.

While he got some crisp blows in, he took more punishment than he was able to dish out, eating more punches than he landed. 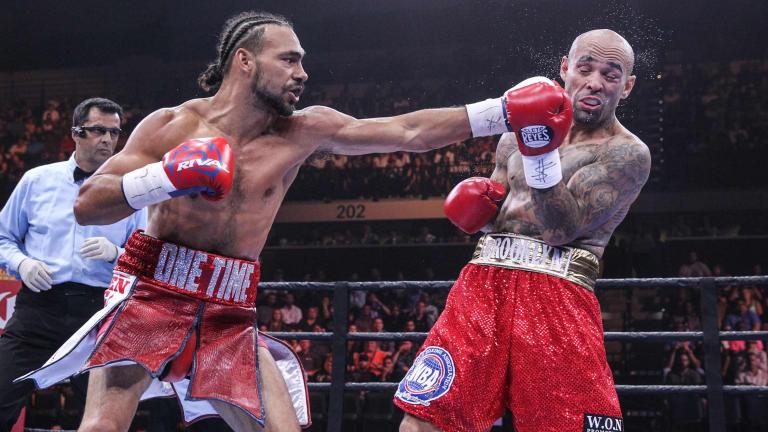 Collazo continued to press the action in Round 4, getting Thurman on the ropes, only to get hammered by lighting-quick combos from Thurman.

But in Round 5, Collazo swung the momentum in his direction when he landed a vicious left hand to Thurman’s ribs that buckled Thurman’s knees and almost resulted in a knockdown.

From there, Collazo fired wildly at Thurman, who clinched at one point to weather Collazo’s charge, which he managed to do.

In the next round, Thurman opened a cut above Collazo’s right eye that bled profusely.

After Round 7, Collazo’s corner threw in the towel due to the vision-impairing injury. 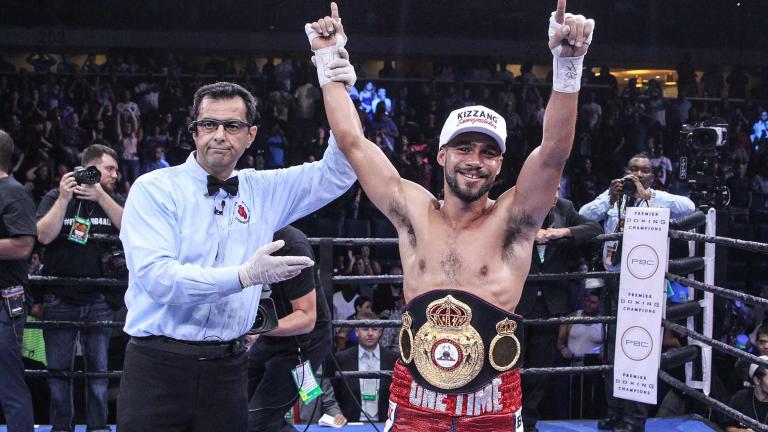 The beach, a cabin in the mountains, Amir Khan’s face—Keith Thurman’s pondering what he wants to hit next.

The agony from Luis Collazo’s crippling left hand to the liver in the fifth round was unlike any Keith Thurman had experienced as a professional.