As tricky to pin down as his nickname implies, Sergio “The Latin Snake” Mora shined on “The Contender” before becoming a 154-pound champion. Read Bio 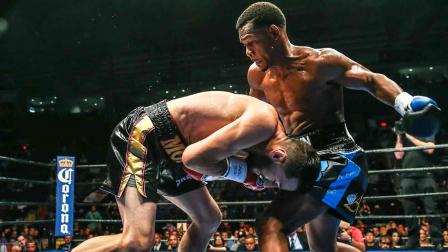 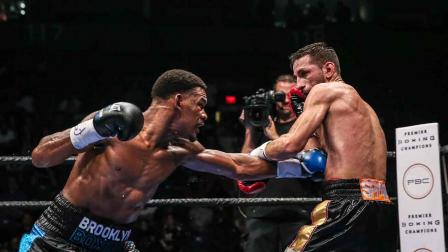 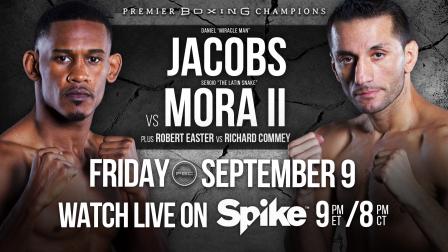 Middleweights Mark Anthony Hernandez, John Jackson and Malcolm McAllister hope to follow in the footsteps of The Contender season one winner and former world champion Sergio Mora in finding fame and fortune.

Employing defensive wizardry and an unorthodox style, Sergio “The Latin Snake” Mora is as quick and tricky as his nickname implies. The Los Angeles native initially gained fame winning the first season of TV reality show “The Contender” before winning a world championship at 154 pounds.

Born a boxer in the backyard

Hailing from East Los Angeles, where he grew up with his mother and three brothers, Mora began fighting at backyard parties in the neighborhood for fun as a teenager.

He graduated to organized amateur bouts soon after that, and compiled an overall record of 40-10.

Mora reached the quarterfinals of the 1998 National Golden Gloves tournament and the semifinals of the 1999 United States national championships, and lost a decision to future 160-pound world champion Jermain Taylor at the 2000 Olympic trials.

He made his professional debut at the age of 19 in August 2000, winning a four-round split decision over Antonio Maldonado in Anaheim, California.

Rising to stardom as "The Contender”

Mora’s pro career started strongly as he won his first 12 fights before landing a spot on the inaugural season of The Contender reality TV series on NBC.

He decisioned three opponents in four weeks to reach the live season finale in May 2005 from Las Vegas, where he won a unanimous decision over Peter Manfredo Jr. to become the show’s first champion.

It was an especially meaningful victory for Mora, as the $1 million prize he earned gave him the means to take care of his mother like she had done for him for so many years.

“The day I won The Contender, I told her, ‘You’re not going back to work tomorrow,’” Mora told the Los Angeles Times in 2010. “She didn’t want to quit, but I had just won the damn show. I called her boss myself and told him, ‘She’s done. Retired.’”

From “Contender” to world champion

After defeating Manfredo in a rematch in October 2005, Mora would earn his biggest victory in June 2008 against 154-pound champ Vernon Forrest.

Although Forrest started strong, Mora’s awkward style began to frustrate him in the middle rounds, and Mora pulled out a close majority decision to become a world champion.

The fighters met in a rematch three months later, resulting in Forrest winning a unanimous decision.

After rebounding with a technical knockout of Calvin Green in April 2010, Mora would land his biggest fight yet when he took on multi-division champion Shane Mosley in a pay-per-view fight in September 2010.

In a nip-and-tuck affair in which neither fighter was able to establish dominance over the other, the bout was ultimately declared a draw.

From there, Mora moved up to 160 pounds, dropping a pair of fights to fellow Contender alumnus Brian Vera.

He says he’s ready to challenge any of the big names in his division. “Put me under the lights versus a veteran,” Mora told the L.A. Times. “I know how to handle adversity.”