The waiting explosion was supposed to be coming. That’s what everyone expects each time Luis Nery fights.

But the detonation never came.

Instead, the 25-year-old southpaw used a measured, consistent attack that led to a unanimous 12-round decision over Aaron Alameda to became a two-division title holder by securing the vacant WBC World Super Bantamweight title.

Nery didn’t really open up until the seventh round. He pressured Alameda (25-1, 13 KOs), whose corner immediately told him he lost the round as soon as he sat down.

Nery, under new trainer Eddy Reynoso, was more defensive. He fought smart, landing power punches to the body, but Alameda withstood that.

In the 10th, Alameda finally landed his vaunted left uppercut. It was his best round, using a diverse attack to climb back into the fight.

In the 11th, Nery kept his persistent pressure on, throwing wide right hooks, mixed with a left uppercut. Nery may have hurt Alameda with a left hand.

Both fighters reached the 12th round for the first time in their careers. Nery attacked the body in the first minute of the round. Alameda fired back, using the left uppercut. Nery closed strong to become a two-division champion. 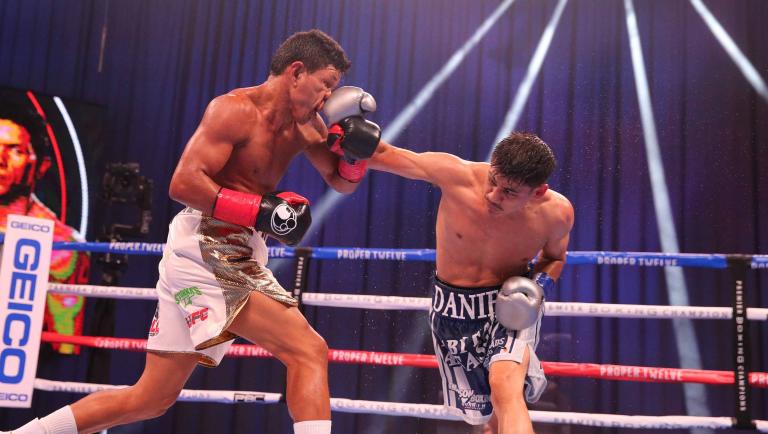