“ If you don’t have a challenge in life, what’s the use of living? ”

The former two-division World Champion was knocked out in the eighth round by a crushing body shot. 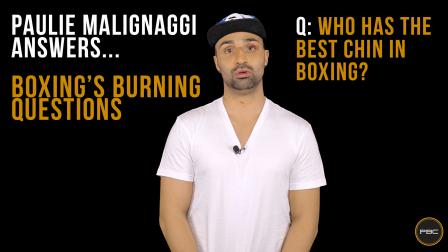 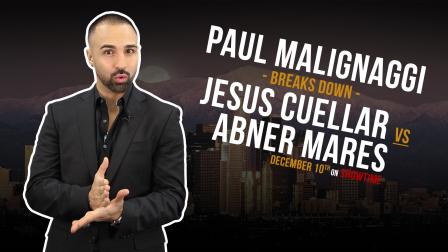 Paul Malignaggi Breaks Down Cuellar vs Mares on December 10, 2016 click here to get video transcript 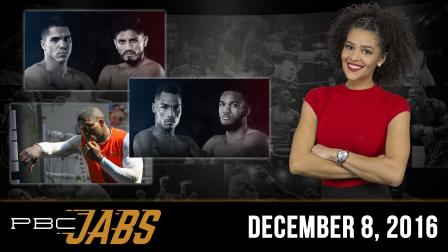 This Week in Boxing History: January 2-8

This week in boxing history, PBC revisits four world championship fights—two that ended in knockouts and two that went the distance—and flashes back to a landmark victory for a future heavyweight champion.

Paulie Malignaggi is a former two-division world champion and one of the most respected ringside analysts in boxing today. Not bad for a onetime “knucklehead” who was kicked out of high school.

Garcia returns with a roar, wipes out Rojas in five rounds

Paulie Malignaggi does a lot of talking—both inside the ring with his fists and outside it as one of the most respected color commentators in boxing. A former world champion at both 140 and 147 pounds, "The Magic Man's” combination of flash and caginess ensures excitement every time he laces up the gloves.

A taste of Italy

Born in Brooklyn, New York, Malignaggi spent the early years of his life in his parents’ native Sicily, Italy, before they returned to America when he was 6 years old.

Malignaggi’s father soon moved back to Italy and abandoned the family, leaving Malignaggi’s mother to raise him and his younger brother.

Malignaggi wasn’t allowed to play organized sports as a kid by his mother, and didn’t start boxing until he was 16.

He proved to be a quick learner.

“I got pretty good at it pretty quick,” Malignaggi recalls. “I started winning tournaments. I didn’t think right from there I’d be a world champion, but I said, ‘Maybe I’ve got something here.’ For the first time in my life I had something that I really liked and a reason not to get in trouble, a reason to want to stick with something when I hadn’t stuck with anything before.”

Rising to the top

Upon turning pro in 2001, Malignaggi won his first 21 fights before suffering his first loss in a grueling battle with multiple-division champion Miguel Cotto in June 2006.

“I went out there and dominated N’dou, dominated him like he’d never been dominated before,” Malignaggi says. “To dominate him the way I did, and even drop him, made a statement for me. Not only was I there, but I was there to stay.”

After defeating N’dou once again in a rematch in May 2008, Malignaggi lost to Britain’s Ricky Hatton that November and dropped a hotly debated decision to Juan Diaz in his native Houston in August 2009.

Malignaggi got his revenge four months later, however, when he defeated Diaz going away in their rematch.

British star Amir Khan would gain an 11th-round stoppage of Malignaggi in May 2010, leading the Magic Man to move up in weight and challenge 147-pound champion Vyacheslav Senchenko in a crossroads fight in Ukraine.

“It was one of those back-to-the-wall fights,” Malignaggi says, “because if you lose it, your career is out.”

Malignaggi didn’t just win, he pummeled Senchenko, stopping him in the ninth round.

After losing his title to Adrien Broner by split decision in June 2013, Malignaggi defeated fellow Brooklynite Zab Judah in a battle for hometown bragging rights later that year.

In April 2014, Shawn Porter stopped Malignaggi in the fourth round of their 147-pound title fight in Washington, D.C.

Adding some color to his career

As skilled with his words as his fists, Malignaggi was invited to contribute as a guest commentator for Saul “Canelo” Alvarez’s fight with Josesito Lopez in September 2012.

It went so well that Malignaggi quickly became an in-demand analyst, calling fights full time in addition to continuing his career as a boxer.

He’s now one of the most popular voices in the sport as part of the PBC on CBS team, and won the Boxing Writers Association of America Excellence in Broadcasting Journalism Award in 2013 for his work on Showtime.

“Boxing in general tests you—physically, mentally, the anguish of combat. But this is a balancing act as well,” Malignaggi says of juggling his work inside the ring and out of it.

“It’s been a challenge to keep up with my broadcasting and my training, more of a challenge than even I thought. But at the same time, I do things in life for the challenge. If you don’t have a challenge in life, what’s the use of living? I like to test myself.”