Gabriel Bracero blasted Danny O'Connor with a right hand 41 seconds into the first round for a vicious first-round knockout.

Gabriel Bracero is not known as a big puncher, as evidenced by the fact he entered Saturday night having knocked out just four of his first 25 opponents. But the undersized fighter took less than a minute to turn from boxer to devastating puncher in his rematch with southpaw Danny O’Connor.

The sudden ending at Lowell Memorial Auditorium in Lowell, Massachusetts, stunned the crowd, most of whom had come to root for O’Connor, who hails from nearby Framingham, Massachusetts. Although O’Connor lay motionless on the canvas for more than a minute, he eventually made it to his feet, after which a concerned Bracero went over to check on his fallen opponent.

The victory was the second by the 34-year-old Bracero (24-2, 5 KOs) over O’Connor, having first defeated him by unanimous decision back in April 2011. It was also just Bracero’s second career first-round stoppage.

In suffering his third-career defeat, O’Connor (26-3, 10 KOs) saw an end to his three-fight winning streak, all of which came by knockout in his native Massachusetts.

Meanwhile, Bracero successfully rebound from his last fight, a 10-round, unanimous-decision loss to unbeaten former Olympic gold medalist Felix Diaz in April, during which Bracero was dropped twice. 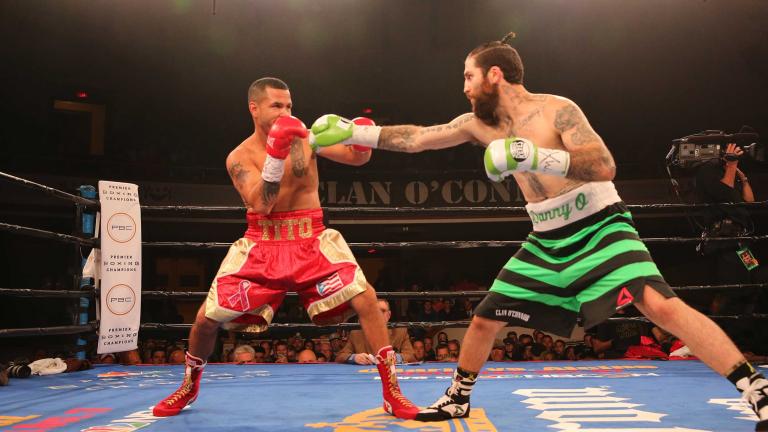 Danny O’Connor expected to gain revenge over Gabriel Bracero on Saturday, and for a number of good reasons.

Danny O’Connor was at a low point in his career following his split-decision loss to journeyman Vivian Harris two years ago. “I remember back at my hotel thinking, ‘Where do I go from here?,’” recalls O’Connor, whose October 2013 loss to the fading former champ ended a nine-fight winning streak.

When Danny O’Connor slipped through the ropes for the biggest fight of his life—a nationally televised clash of unbeatens against Gabriel Bracero in April 2011—he knew he was fully prepared. Except he wasn’t—at least not mentally.