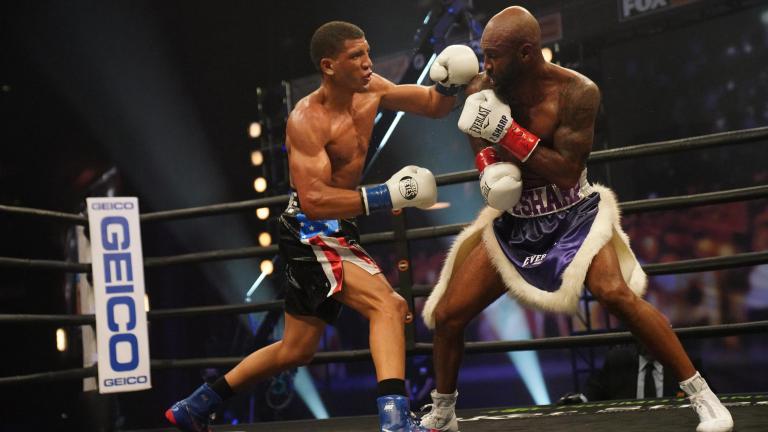 In just his third pro fight, Morrell went the distance for the first time and outworked his opponent through the middle and late rounds, on his way to a 207 to 90 advantage in punches landed. The early action saw Morrell establish his body attack, while Allen looked to setup big counter right hands that he threw often.

As the fight wore on, Morrell's relentless attack wore down Allen, who seemed to lose some of the power on his punches that he needed to change the tide of the fight. Allen continued to push and tried to rough Morrell up on the inside to find a place for a counter and his own body attack.

Morell continued to put the pressure on in the closing frames, hurting Allen with power punches in both hands during round 10, although he was unable to score a knockdown. After the 12 rounds of action the judges all saw the bout in favor of the 22-year-old Morrell, by scores of 120-108, 119-109 and 118-110.