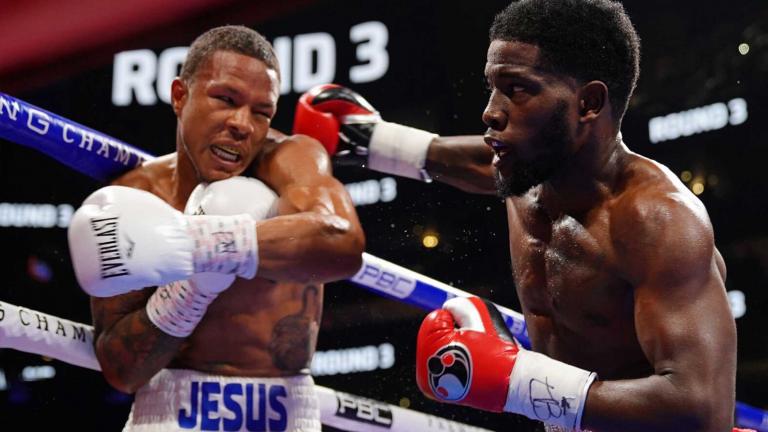 In a back-and-forth co-main event, Orlando’s Erickson “Hammer” Lubin (23-1, 17 KOs) overcame some adversity to score the most important victory of his career over former unified world champion Jeison Rosario (20-3-1, 14 KOs). The WBC No. 1-ranked contender at 154 pounds, Lubin scored a sixth-round KO (1:42) in the WBC Super Welterweight Title Eliminator.

In the third round, Lubin nearly put an early end to the action with a huge frame that had Rosario on the back foot. In the closing moments of the round, Lubin landed a right hook that had Rosario wobbling back to his corner after the bell rang. Miraculously, in the next round, Rosario was able to recover and completely turned the tables, wobbling Lubin with a left jab.

The action turned up even more in the sixth round. Lubin, sensing that Rosario was susceptible to the body attack, landed a vicious left-right body combination that sent Rosario to his knees in what ultimately proved to be the turning point of the fight. Rosario, clearly hurt, was never able to recover and Lubin finished him off moments later against the ropes.

Lubin landed 44 percent of his power punches (80/288) and 20 of his landed punches were to the body. With the win, Lubin puts himself squarely in the picture for a second world title opportunity.