Leo Santa Cruz won back his 126-pound world title by majority decision in a rematch with defending champion Carl Frampton. 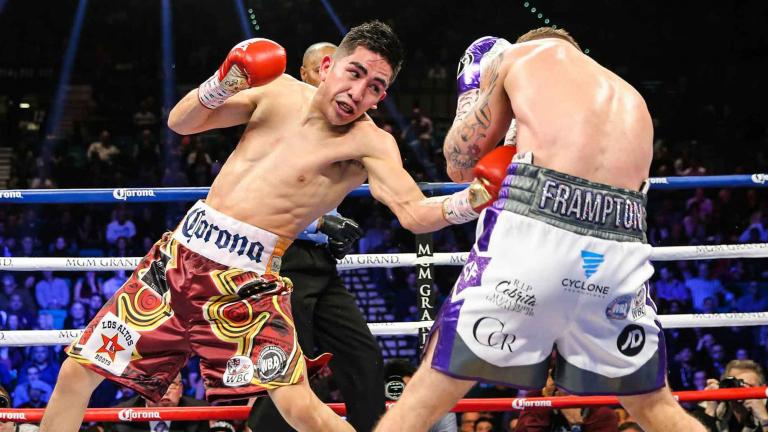 Sticking to his promise to change his game plan in his rematch with 126-pound world champion Carl Frampton, Santa Cruz used his length and counterpunching to his advantage to claim a narrow majority decision and reclaim the same title he lost to Frampton six months earlier.

Judges Dave Moretti and Glenn Feldman scored the action-packed bout 115-113, while judge Burt Clements had it 114-114.

Santa Cruz and Frampton engaged in an all-out slugfest in their first meeting on July 30 in Brooklyn, New York. But that night, the 29-year-old challenger from Belfast, Northern Ireland, made Santa Cruz pay for his come-forward style by counterpunching his way to a majority decision victory.

This time around, the 28-year-old Santa Cruz insisted he would make the most of his 2½-inch height and seven-inch reach advantages by being more of a boxer. And he did just that right from the opening bell, using his jab effectively to establish distance and set up counterpunching opportunities as he swept the first round.

As the fight progressed, Santa Cruz continued to box from range while picking his spots to engage from in close. And when he did choose to bang with Frampton, the Mexican-American from Los Angeles often won the exchanges.

Even as Santa Cruz’s change in style proved effective, though, Frampton kept the fight close with strong body work and slick defense. However, Santa Cruz skillfully flipped several even rounds in his favor by getting the better of late-round flourishes.

Much to the delight of thousands of Mexican fans who came out to support him, Santa Cruz closed the show strong, sweeping Rounds 9, 10 and 11 on the scorecards.

That proved to be the difference in Santa Cruz handing Frampton his first professional defeat and becoming a world champion for a fourth time.

After their epic 12-round battle of last year, it would be unfair to expect Carl Frampton and Leo Santa Cruz to produce even greater action in their 126-pound world title rematch. But that’s very well what could unfold.