Alejandro Gonzalez Jr. scored two knockdowns in the first round, but Carl Frampton took over after that and won a unanimous decision.

Frampton wanted to make a statement in his United States debut, and a statement he made, going hell for leather in 12 rounds of war with a game Gonzalez.

Gonzalez, though, put Frampton to the test early, scoring a pair of first-round knockdowns that had the Irishman in trouble.

Frampton bounced back and completely turned the tide by the fourth round, using a piercing jab for which Gonzalez had no defense, and a huge right that he worked over Gonzalez’s guard.

He also worked through excessive low blows for which Gonzalez twice was penalized a point, and earned a comfortable unanimous decision. 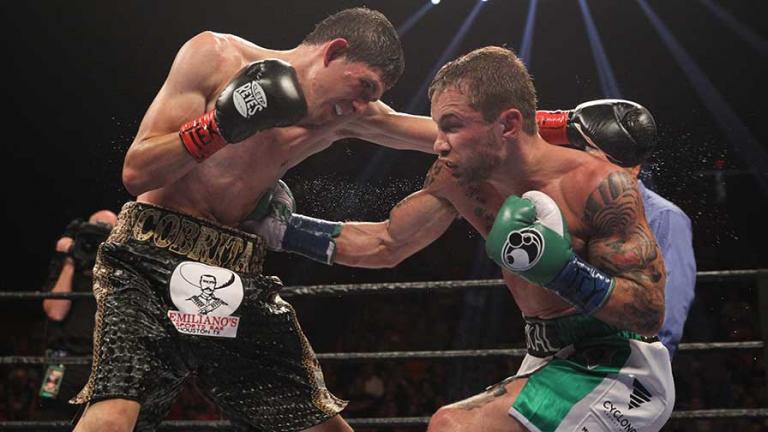 Carl Frampton dominated Alejandro Gonzalez Jr. after being knocked down twice in the first round. (Lucas Noonan / Premier Boxing Champions)