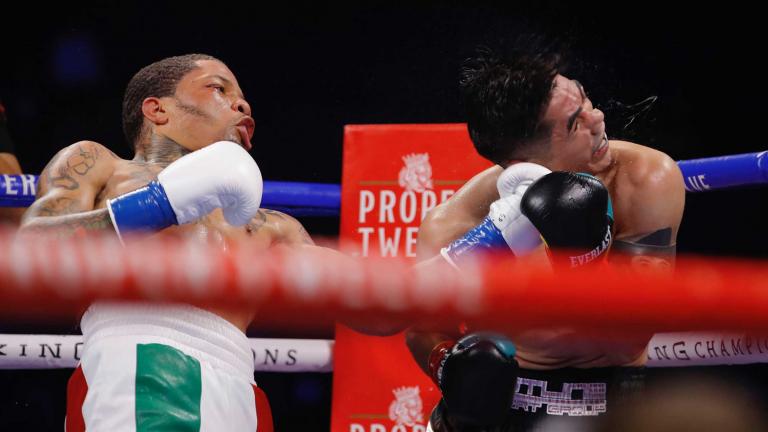 SAN ANTONIO – Gervonta “Tank” Davis delivered a Knockout of the Year candidate over four-division world champion Leo Santa Cruz in the most significant fight of his career, retaining his WBA Lightweight title and picking up the WBA Super Featherweight title Saturday night on SHOWTIME PPV® at the Alamodome in San Antonio in an event presented by Premier Boxing Champions. It was the first major boxing event with fans in attendance since COVID-19 forced a halt to U.S. sports in March with an announced crowd of 9,024.

It was both fighters’ pay-per-view main event debut, and Davis (24-0, 23 KOs) and Santa Cruz (37-2-1, 19 KOs) delivered an all-action war that had the fans on their feet from start to finish. The fight, which was contested at 130 pounds, saw both fighters stand in the pocket and press the action. It was in the sixth round when the defining moment of the night occurred, as Davis found an opening to land his trademark left uppercut, a knockout shot which Santa Cruz never saw coming. Davis proved that he is one of the most powerful punchers in the sport, stunning the crowd.

The power and body attack of the 25-year-old Davis was the difference as he landed 55 percent of his power punches to 29 percent for Santa Cruz, who was having his best round of the fight in the sixth round prior to the defining punch. The stronger Davis lured the 32-year-old Santa Cruz into a firefight as 34 of Davis’ 84 landed punches were body shots.

Davis vs. Santa Cruz was a rare clash in boxing history in which world titles in two weight classes were at stake. Other notable instances in recent boxing history are the 1988 Sugar Ray Leonard vs. Donny Lalonde fight for the light heavyweight and super middleweight titles, and the 2014 Floyd Mayweather vs. Marcos Maidana rematch for the super welterweight and welterweight championships.