Rances Barthelemy proved a textbook case of outclassing one’s opponent Sunday at the MGM Grand Garden Arena as he remained unbeaten with a convincing 99-89 rout of Antonio DeMarco.

The only blemish on Barthelemy's otherwise-perfect score came courtesy of a point deduction in the ninth for excessive low blows.

Barthelemy rocked DeMarco in the fourth with a thundering left. DeMarco went to one knee and even though he got back up, he never got back in the fight.

Barthelemy used the distance and employed snappy jabs from either side in a switch-hitting effort that set up the big left. DeMarco absorbed plenty of them, and to his credit, stayed on his feet, but Barthelemy proved to be far more than he could handle. 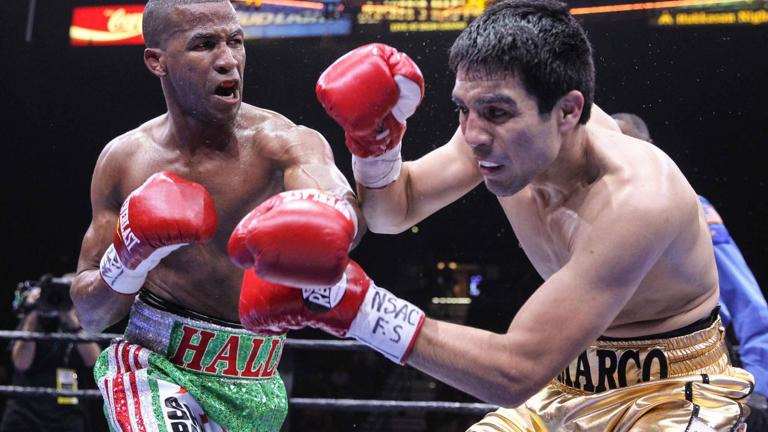 Left, right and long: Rances Barthelemy is ready to deploy all his weapons

In the days leading up to his fight against Antonio DeMarco, Rances Barthelemy is training in a makeshift garage gym in a residential neighborhood in Las Vegas. It’s 100 degrees out, and all the doors in the garage are open. Air conditioning? What are you, fancy?

Prepare for “Blast” off: Rances Barthelemy and Antonio DeMarco set for throwdown on CBS

Rances “Kid Blast” Barthelemy is ready to detonate once again when he meets fellow former world champion Antonio DeMarco at the MGM Grand Garden Arena in Las Vegas on June 21.