Three-time 175-pound champion Antonio Tarver has worked in TV and movies, and the "Magic Man” is now chasing history as a 48-year-old heavyweight. Read Bio

“ I have more knowledge of the ring than anybody in the heavyweight division. ” 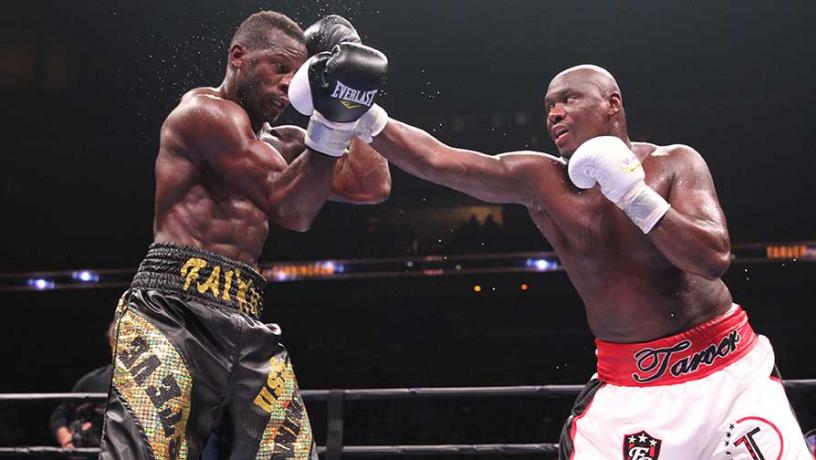 In a fight that was tight all the way through, Tarver and Cunningham battled to a split draw. 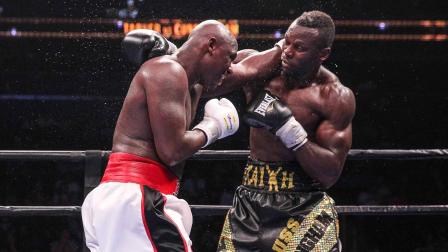 Steve Cunningham’s words are testing his gag reflex, like verbal ipecac. As he speaks about the man he faced in the ring Friday night, he sounds as if he’d just swallowed a bug—a bug with pinchers the size of pruning shears.

Antonio Tarver sat on the couch in his locker room late Friday night searching his empty palms for answers that were nowhere to be found.

Antonio Tarver and Steve Cunningham each came into Friday night’s fight hoping to elevate his status in the heavyweight division. But after their draw at the Prudential Center in Newark, New Jersey, a shot at a world title might be no closer for either man.

Antonio Tarver Lateef Kayode by ND in Round 12 of 12

Antonio Tarver WINS against Roy Jones Jr. by UD in Round 12 of 12

Antonio Tarver WINS against Roy Jones Jr. by TKO in Round 2 of 12

Roy Jones Jr. WINS against Antonio Tarver by MD in Round 12 of 12

Antonio Tarver has performed on just about every stage available to a boxer. The Florida native medaled in an Olympics, won multiple world titles at 175 pounds, was part of a historic rivalry, co-starred in one of the “Rocky” sequels and also works as a ringside TV analyst. Now, the 46-year-old southpaw is seeking his biggest role: oldest heavyweight champion in history.

Tarver began fighting as a teenager in his hometown of Orlando, Florida, and won the U.S. amateur championship at 178 pounds in 1993, and the National Golden Gloves in 1994.

After sweeping the Pan American Games, the U.S. National Amateur Championships and the World Amateur Boxing Championships in 1995, Tarver capped his stellar amateur career with a bronze medal at 178 pounds in the 1996 Olympics in Atlanta.

With no worlds left to conquer as an amateur, Tarver made his professional debut February 1997 at the age of 28, gaining a second-round technical knockout of Joaquin Garcia in Philadelphia.

Tarver ran his record to 16-0 before losing a unanimous decision to Eric Harding in a battle of unbeaten contenders in June 2000.

He avenged that loss in July 2002, setting up a title shot against Montell Griffin.

Tarver knocked Griffin down in the first and final rounds, pitching a 12-round shutout to earn his first world championship.

Tarver’s first title defense would be the start of the defining rivalry of his career—a three-fight series against Roy Jones Jr.

In the first fight, at Mandalay Bay in Las Vegas in November 2003, Tarver dropped a majority decision in which two of the judges heavily favored Jones.

After Jones dominated the first round, Tarver unloaded in Round 2. He caught Jones with a huge counter left hook that sent the champ sprawling. Jones got back on his feet, but was so unsteady that referee Jay Nady waved a stop to the bout.

Tarver then split a pair of decisions with Glen Johnson before meeting Jones for the final time.

The trilogy concluded in Tampa, Florida, the native state for both fighters, in October 2005.

There were no knockdowns this time, but Tarver again emerged victorious, earning a unanimous decision in the rubber match of the series.

Tarver bulked up to more than 210 pounds to play Mason “The Line” Dixon opposite Sylvester Stallone in the film Rocky Balboa.

He then had to lose more than 40 pounds to get back down to 175 for his June 2006 fight against Bernard Hopkins in Atlantic City, New Jersey.

Hopkins, a 3-to-1 underdog, dominated the fight and won an overwhelming unanimous decision to give Tarver his fourth career loss.

Following one year away from the ring, during which Rocky Balboa hit movie theaters, Tarver closed 2007 with victories over Elvir Muriqi and Danny Santiago to set up another shot at a world title.

Tarver outclassed Clinton Woods in Tampa in April 2008, displaying his full array of punches as he won a unanimous decision to become a 175-pound world champion for the third time at the age of 39.

Tarver lost his title to Chad Dawson by unanimous decision in October 2008, and came up short in the rematch seven months later. It would be Tarver’s last fight at 175 pounds.

Chasing history as a heavyweight

In 2009, Tarver found another facet of his career when he started working as a ringside TV analyst for Showtime.

After more than a year out of the ring, Tarver returned to action in October 2010. He won a unanimous decision over Nagy Aguilera as a heavyweight, but then took another lengthy layoff.

In July 2011, Tarver faced Danny Green in a 200-pound matchup in Australia. Tarver floored Green in the second round, and won the fight when Green’s corner threw in the towel in Round 9.

Tarver then stepped back up to the heavyweight division, gaining a fourth-round stoppage of Mike Sheppard in November 2013 and a seventh-round KO of Johnathon Banks in December 2014.

Now part of the PBC on Spike broadcast team, the 46-year old Tarver has his eye on history as he attempts to become the oldest heavyweight champion in history, a record held by George Foreman at age 45.