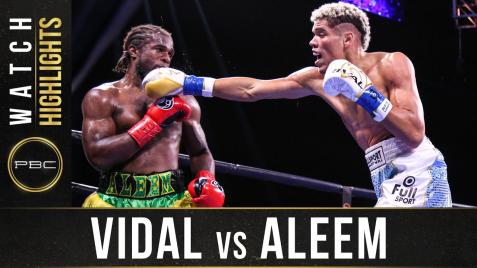 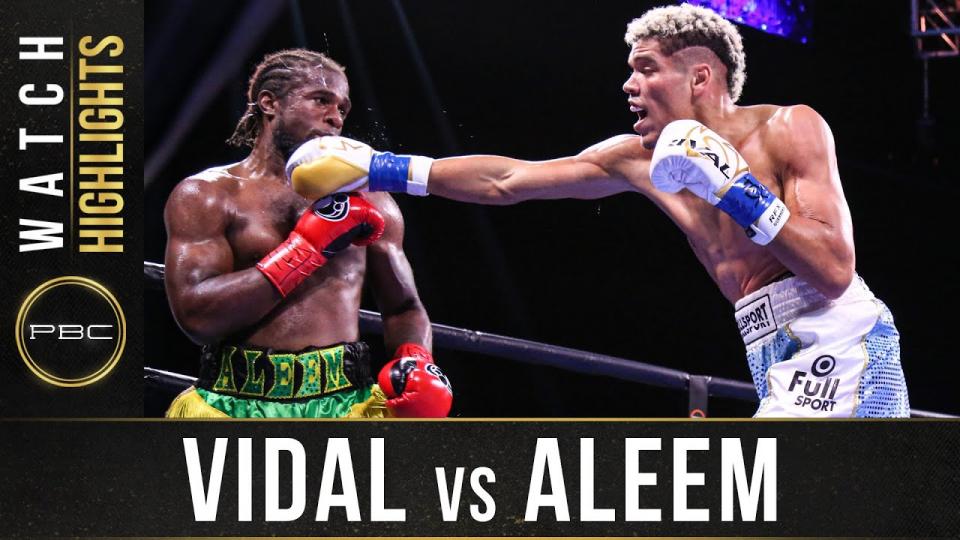 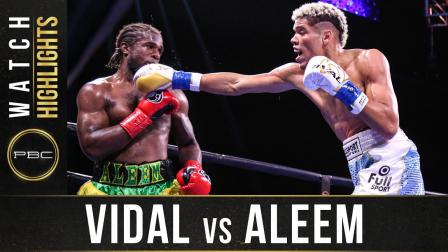 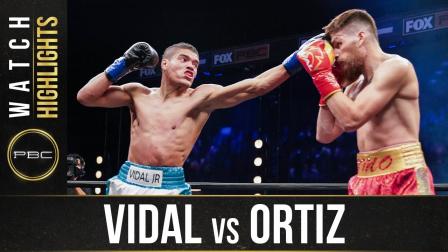 Unbeaten middleweight prospect Amilcar Vidal is making a name for himself as a KO artist as he seeks to become the first world champion from Uruguay.

Amilcar Vidal was the youngest of three brothers growing up in Montevideo, Uruguay. All of them boxed, like their father and grandfather.

But Amilcar had the gifts of dedication, skills, power and resiliency.

“Amilcar started boxing when he was six years old,” said Sampson Lewkowicz, who would later become his promoter. “He was disciplined from the very start, going from school to the gym. It was like he was born in the gym.”

That foundation translated into an amateur career during which Vidal lost just once in 59 fights, winning a tournament in Peru before enduring a life-threatening accident in 2016.

Vidal was jogging when run over by a truck, the victim of a hit-and-run. He was hospitalized for two months, suffering a broken pelvis,  having surgery on his left arm and being temporarily wheelchair-bound.

“Amilcar was told he would never walk again,” said Lewkowicz. “But months after he was released from the hospital, he won an amateur tournament in Mexico.”

A 22-year-old Vidal debuted in April 2018 with a second-round stoppage of Rodrigo Ferrari. Ferrari was Vidal’s first of nine knockouts in his initial 10 bouts, ending with a two-knockdown, first-round TKO of previously unbeaten Zach Prieto (9-0, 7 KOs) in November 2019.

Vidal prepped for Prieto in Coachella, California, under the guidance of his brother and coach, Richard Vidal, and alongside unbeaten 154-pound contender, Sebastián Fundora, who stands 6-foot-5 ½.

The 6-foot Vidal’s run against unbeaten rivals continued in January and November 2020, with Leopold Reyna being 9-0 (4 KOs) and Edward Jeramie Ortiz, 11-0 (4 KOs) before being halted in the first and second rounds.

“I’m always looking for the knockout,” said Vidal, having competed at weights ranging between 156 ½ and 161 ¾ pounds. “I trust my team and my training to carry me through to the devastating win. I can adapt to any style and get them out of there.”

‘Amilcar Vidal Is Here To Stay’

Vidal made his third appearance on American soil at the AT&T Center in July against Immanuwel Aleem, who entered at 18-2-2 (11 KOs).

Vidal rose to the occasion for a majority decision victory, alternately employing his range to fire from distance, applying solid body work, and, at times withstanding crisp uppercuts while fighting off the ropes.

“I wanted to work him in and then I would finally show him my power in the end,” said Vidal, who landed 73 body blows with a 194-157 edge in power shots.

“I knew (Aleem) would feel me as soon as I found my ideal distance and reach. It was a great fight against a really tough opponent, but I never lost my cool. It’s about going step by step. We took a major one tonight.”

Uruguay’s only champions are females, with two-time lightweight titleist Cecilia retiring in 2016, and junior middleweight Christian Adriana “Chris” Namus being a former titleholder.

“We are nice and comfortable at 160 pounds,” said Vidal. “Uruguay can rest easy knowing Amilcar Vidal is here to stay.”