Thomas’ precision paid dividends as he earned a unanimous decision victory over Shimmell.

Jordan Shimmell and Isiah Thomas might have been better served entering the ring in wrestling singlets in place of boxing trunks, such was the amount of grappling these two did on Saturday.

Teenagers in love hold one another less than these two did.

Thomas (15-0, 6 KOs) was the main offender, consistently locking up Shimmell (19-1, 16 KOs) throughout the fight as Shimmell pressed him into the ropes, which he did often.

Shimmell was the aggressor throughout much of the night, consistently coming forward and working behind his jab while Thomas countered.

Neither fighter got into much of an offensive rhythm, though.

Shimmel outworked Thomas, but it was the latter who landed some of the hardest shots of the night, including a snapping right in Round 1, crisp body shots from both hands in Round 4 and a cracking left in Round 6.

Thomas was the sharper, more accurate puncher, and though Shimmell threw more, he rarely landed more than one shot at a time. 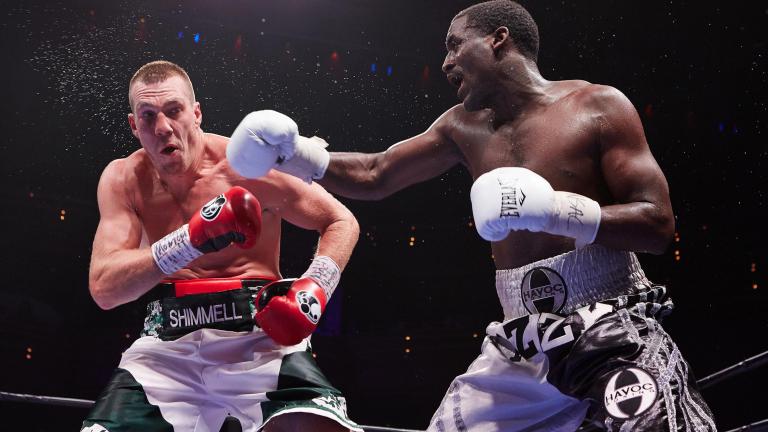 It all began with a raffle ticket in a young boy’s hand, a future foretold by a fundraiser.