So much for ring rust. Gary Russell Jr. hadn’t fought in 13 months, but needed little more than a minute into the second round to defeat Ireland’s Patrick Hyland by technical knockout.

Hyland came out aggressive at the opening bell, flicking some sharp jabs to prove he belonged in the same ring as the champion.

That confidence was short-lived.

Forty seconds into the second round, Russell’s lightning-fast hands overwhelmed Hyland, before a vicious right hook put the Irishman on the canvas for the first time in his career.

Just seconds later, another right hook by the 27-year-old southpaw put Hyland on his back once more.

Another furious combo by Russell—which included a stinging left hand, followed by another right—ended Hyland’s night for good as referee Danny Schiavone waved off the bout at the 1:33 mark of the second round. 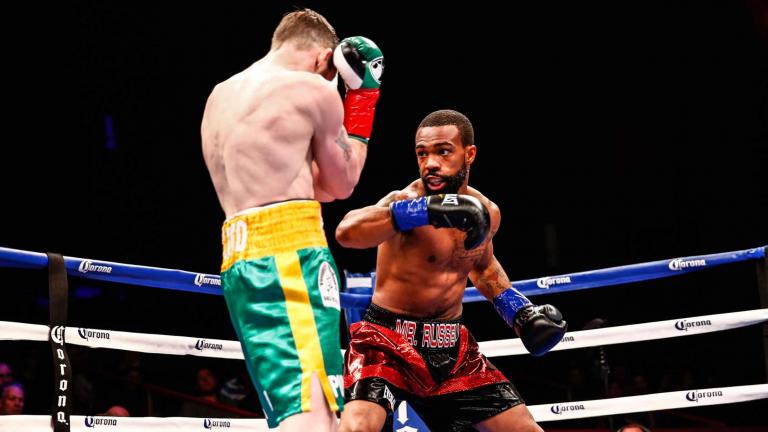 Gary Russell Jr. preparing for title defense against Patrick Hyland ... and beyond