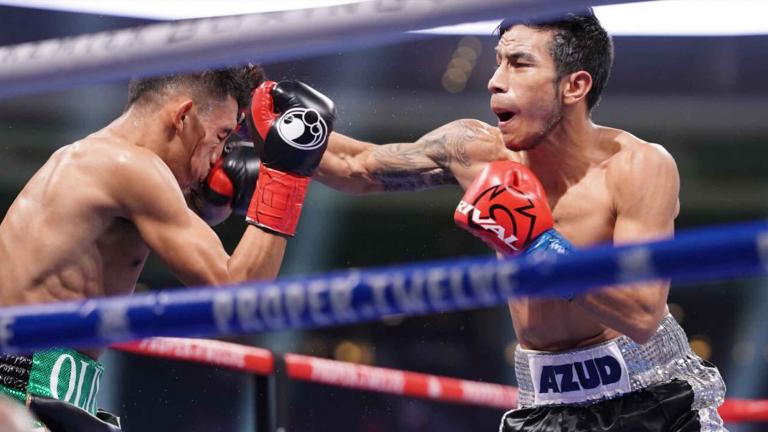 Ramirez backs up Flores with a huge right.

Ramirez controlled much of the early action, tagging Flores with left and right hooks, slowly damaging the area under Flores' right eye. Flores showed a formidable body attack but was unable to slow his opponent's offense.

Ramirez owned a 62 to 37 advantage in punches landed throughout the fight. In the opening moments of the fifth-round, Ramirez delivered a picture-perfect counter right hook that immediately sent Flores to the canvas.

While Flores was able to get to his feet, referee Laurence Cole called an end to the bout 20 seconds into the round.