Ortiz and Alexander fight to a majority draw

Former welterweight world champions Victor Ortiz and Devon Alexander needed more than 12 rounds in El Paso to figure things out as their FOX-televised main event was scored a majority draw. 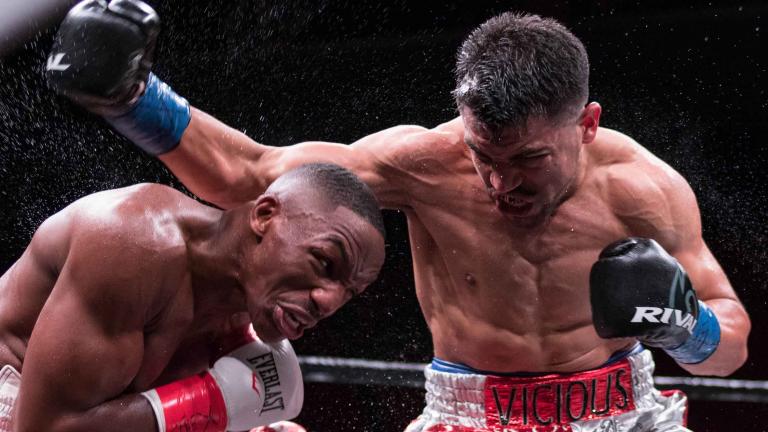 Both fighters believed they had done enough over the 12 rounds to earn the decision.

The fight turned out to be a back-and-forth affair, with Alexander dominating much of the early action. Alexander frequently caught Ortiz charging in with right hands and combinations. The attacks opened up swelling in Victor’s left eye beginning in round three.

After 12 rounds, the judges scored the bout 115-113 for Ortiz and 114-114 twice, resulting in the majority draw. After the bout, both former champions expressed interest in a possible rematch.

Both former welterweight world champions are adamant they defeated each other in Saturday's showdown—but both are willing for a rematch, or to go down a different path in the stacked 147-pound division.

Former welterweight world champions know it's now or never tomorrow night on FOX if they hope to make a move towards contender status in a stacked 147-pound division.